Tamil Nadu is famous for its ancient temples, its grandeur  cannot be contained in a few words ,each one is a an architectural marvel and they are scattered all over the State.

This time, I am taking you  to a temple in Tiruvidaimarudhur which  is considered to be  as sacred as Varanasi  near Kumbakonam  where the presiding deity is Siva. This temple, I would say is huge and is spread over 20 acres. I was very happy to visit this as this was on my wish list for long. It is easy to locate this temple if one plans as it is just 7-8 Kms from Kumbaonam city and no one would miss the majestic multi tiered Gopuram of this temple from a long distance.

The temple precincts are also huge it takes about 10 minutes to walk from one side of the Gopuram to the other.The grandeur of the tall gopurams on all 4 sides the ornate Mandapas makes one wonder about the skillful architecture of the artisans during  the Chola period.

The Lord here is known as Mahalingaswamy , a huge Lingam believed to be a self manifestation.

The Ambal sannidhi here is one among the Saktipeetas. Consort here is known as Bruhusundara gujambigai. Goddess Mookambigai is yet another important shrine here and considered as holy as Kollur Moogambigai temple in Karnataka. Mahameru Srichakram is installed in this shrine.
Sacred tree here is maruda tree. This is  one of the three temples having a Marudha tree, other two are in Srisailam Andhrapradesh and third one in Ambasamudram In Tamil Nadu itself.
Do include this temple in your list when you plan Kumbakonam trip 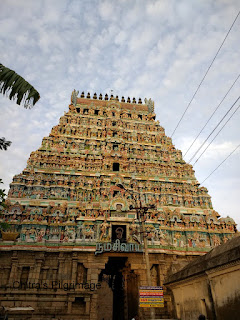 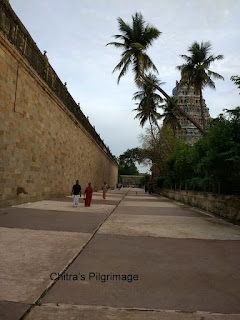 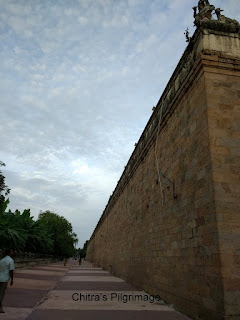 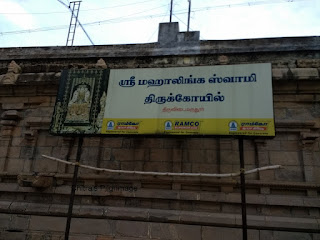 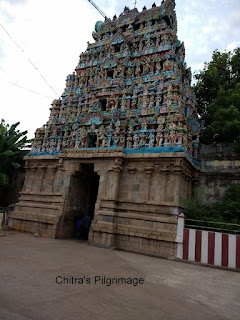 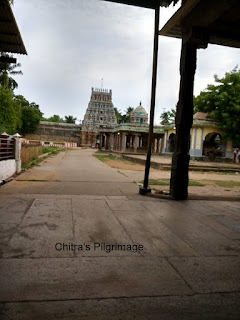 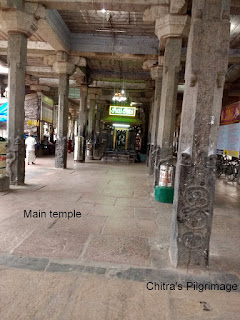 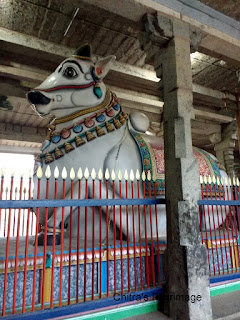 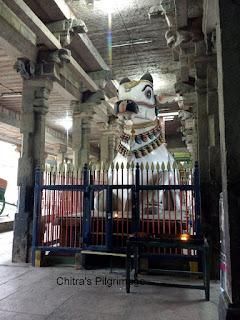 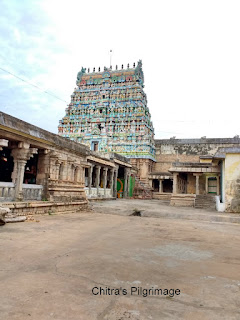 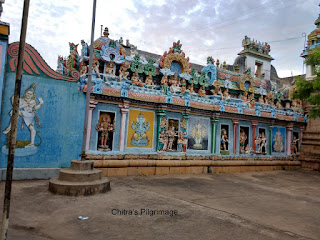 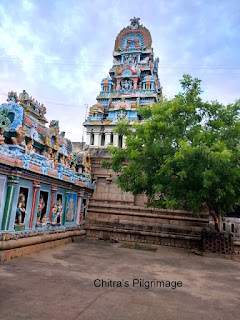 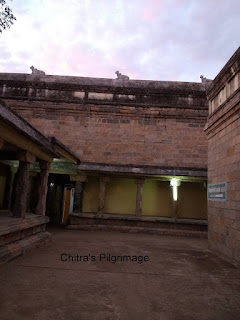 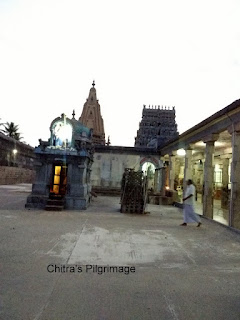 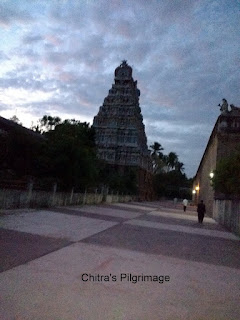 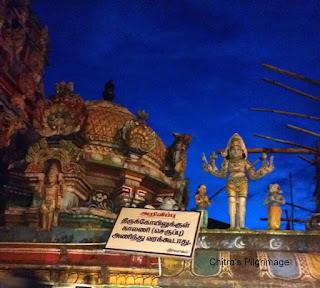 Thanks for the info on this temple and for the beautiful photos.