There are about 11 ancient temple in Tirunangur near Seerkazhi which are referred to as Tirunangur Divyadesams . These temples are among the 108 Tirupatis of Vishnu and they are situated close by but accessing each temple becomes easier  if one hires a guide and I was fortunate enough to engage Mr. Subramani , a gentleman who is thoroughly aware of the timings and route of reaching these temples.

For first timers it would be difficult to access all temples as it would take time meandering through the narrow village roads and  there are no sign boards showing  direction .

He  maintains good relationship with priests here and makes necessary arrangements to make the visits fruitful. It is possible to visit these temples in  3-4 hours.

This temple draws crowd only during festival season and some of the temples remain open only depending on the availability of priests.

I will share his phone number at the end of the post so it would be easy to reach him.

He is only a navigator and don't expect any temple history, legend  from him.

It is believed that Tirumangai Azhwar. One of the 12 Azhwars  sang hymns praising  Lord Vishnu in these temples.  As per Lord Shiva's wish Lord Vishnu appeared here in 11 forms and these came to be collectively called as Tirunangur divyadesams .


As there are 11 temples I would share one by one as I have to upload pictures of the temples too.
The first one I visited was Annan Kovil at Tiruvellakulam village.

This temple is located in a calm and serene environment away form the dust and din of the city. The surroundings are enveloped by greenery and peace prevails here literally.

The Lord in the temple was addressed by Thirumangai Azhwar first in his hymns  as Annan ( elder brother).  Lord here is known as  Srivasan  and  His consort    Alarmel Mangai as in Tirupati, hence those place is also known as Then Tirupati.
There is a small shrine for Aanjeneya at the entrance and Garuda's shrine is facing the Lord here.

Kumuda Vali Nachiyar , wife of Tirumangai Alwar has a separte shrine here. She was a celestial maiden and used to come to this place to pluck Kumuda flowers. Once she lost power to reach back to heaven and Neelan commander of Tirumangai approached her for her hand. She laid many conditions and he was able to win her hand with the help of Perumal. Lord elevated him to the status of Azhwar and he worshipped Lord with his sweet hymns.
Mr. Subrami's Phone contact- 9159706875
Temple timing- 8 Am-11.30 Am
5.30 pm -8.30 pm 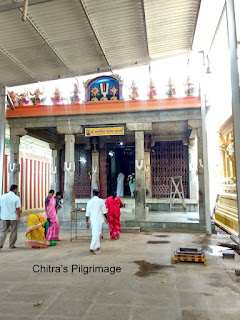 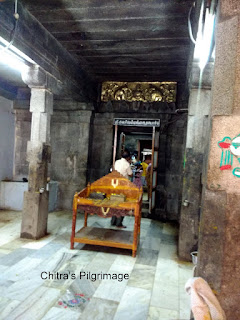 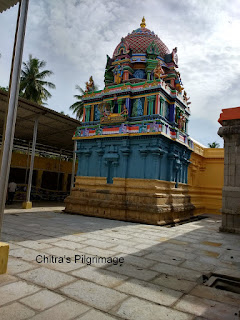 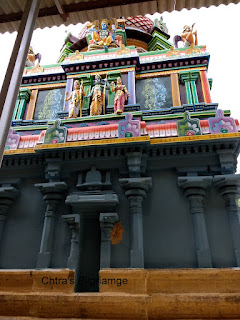 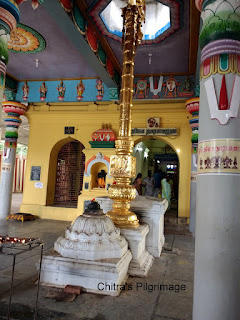 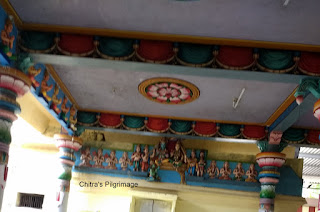 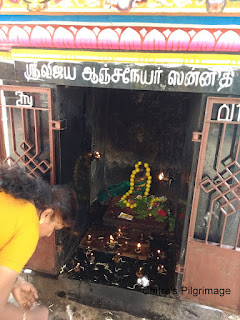 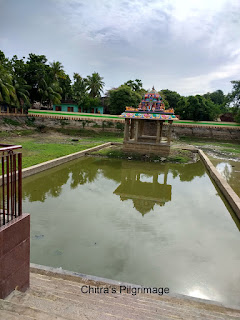 Thanks for introducing this temple.

I love visiting temples and this one I definitely will . Thanks for sharing .

thank you so much Ashok

thanks a lot Shilpa.

thanks a lot Ashok

Thanks again Chitra. You have written on many temples in this vicinity enabling readers like me get a glimpse with fabulous pictures