This  temple is the 22nd among the 108 divyadesams of Vishnu . Here the Moolvar is known as Aadi Moola Perumal and consorts are Pottramaryar thayar( Mother) and Remamani Thayar.  Utsavar is Gajendra Varadha Perumal, giving darshan with Sree devi Boodevi and Andal. There are separate shrines for Remamani Thayar and Andal. The main idol in the sanctum is in a reclining posture.

The story of Gajendra Mokasham is depicted on the outside walls of the sanctum. This is believed to be the sacred place where elephant Gajendra, a staunch devotee of Lord Vishnu was rescued by the Lord from the clutches of a crocodile. For details on this story click  here.

Bali and sugreeva, also believed to have worshipped the God at this temple hence the name Kapi( monkey) sthalam.( place)

This temple is on Tiruvayyaru road 10kms from Kumbhakonam.

How to reach- Many buses ply from Tiruvayyaru and Kumbhakoam to this town.Kumbhakonam is the nearest railway station and the town has good accommodation facilities.
Temple timing 6-30 -12noon
5pm-730pm 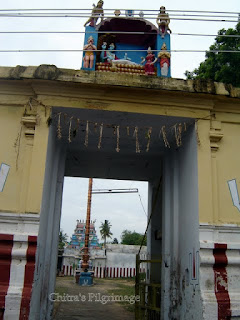 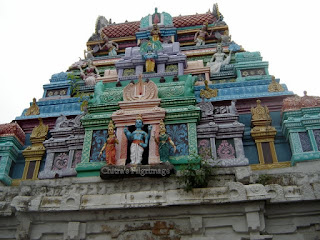 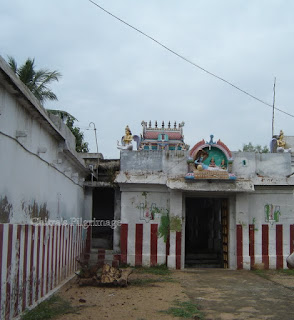 Thiru Vidanthai,  Sri Varaha Moorthy temple is situated en route to Mahabalipuram on the East Coast road and is one among the 108 divya desams of Vishnu. Alwars have sung in praise of the God here and this temple sits smugly in a village off the Mahabalipuram road in a calm and serene atmosphere.This temple is about 1000 years old and as it is  near the sea coast many structures and carvings have  corroded here hence it is under the care of Archaelogical Survey of India and I was a bit disappointed when they didn't allow the cameras inside. But I have tried to make the best of my visit by clicking some beautiful shots from outside.

Varaha Swamy is one of  reincarnations of Vishnu, he took the form of a boar to save Mother Earth from the demon Hiranyaksha. There are a very few temples dedicated to Varaha Swamy. Here the idol is about 61/2 feet high, an  exquistively carved idol with Boodevi on His left thigh. He is giving Mantropadesham to Boodevi and at his feet are Adisesha , the serpent God and his wife.

The Utsavar is called as Nithya Kalyana Perumal . It is believed that a visit to this temple and praying here by following certain worship pattern would help  one to find  a good life partner.

The legend says that as per the wishes of a Maharshi, the Lord here married all his 360 daughters one per day throughout the year and united them all into one as Boodevi who is the Thayar ( mother Goddess) here.There is also separate sannidhi for Thayar and Andal. The sthala vriksham is at the back side of the temple.There are beautiful carvings on the pillars here near the Garudalwar sannidhi which is opposite to the main sannidhi. The carving are etched beautifully as if idols have been stuck on the pillars. The  temple must be around 4-5 acres and there is a  bell tower, dwaja sthamba and balipeetam, typical of any temple front in Tamilnadu.

How to reach:
Chennai is well connnected by air, road and rail. Umpteen number of buses ply from various parts of the city towards Mahabalipuram. Thiru Vidanthai bus stop is 3 Kms. from Kovalam. Distance to Tiruvidanthai from Chennai is 50 Kms. 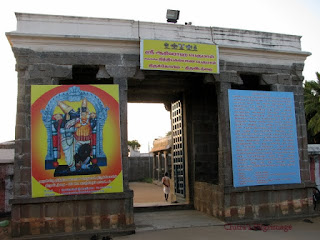 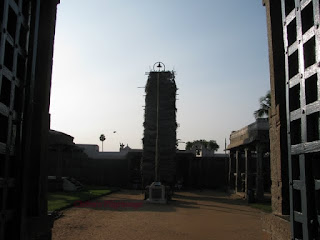 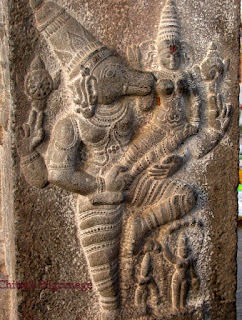 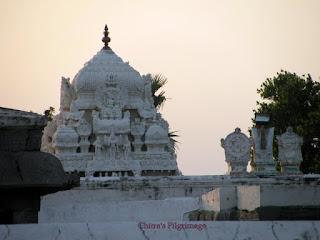