Ambalapzha  Sree Krishna temple is  in Alleppey district, Kerala. It is about 16  Kms. from Alleppey, the Venice of the East which is interconnected by lot of lagoons, lakes and sea.

This temple is known  as  Dwaraka of the South  which was built by Chemagasseri Devanarayanan Thampuran  between 15-17th AD.This an important Vaishanava temple in Kerala.

The temple here has Krishna's idol in the form of  Parthasarathy which Krishna assumed during the great Mahabharata war. He has a whip in His right hand and a conch in the left .This temple is very much popular like the Guruvayur temple. Here also, the deity is worshipped as child Krishna.The temple also has a shrine  for Guruvayurappan and there is a nagathara outside the main shrine.

Legend is that, saint Vilvamangalam, an ardent  devotee of Krishna while cruising along the backwaters with the Maharajah of Travancore, heard  sweet flute music.  Swamy Vilvamangalam could see a bright glow and  a form of Balamurali Krishna ( young Krishna with flute) on a Peepul tree . Feeling the God's presence, a temple was constructed in that place.

Fascinating facts- Ottam thullal, a performing art form  was started here by the great artist Kunjan Nambiar. One can still  see his mizhavu which is preserved here in an enclosure. The make up and the costume of this art form is unique.

Thunjathu Ezhuthachan, a great poet and scholar  is believed to have penned his famous work Adyathtmika Ramanayam kilipattu here which has no parallel till date.

Ambalapuzha palpayasam is very famous (a porridge made of milk ,hand pounded rice and sugar ) and has exceptional sweetness and one can find devotees queuing up for the same.

How to reach- Alleppey is connected well with rail and road. The nearest airport is at Ernakulam
Accommodation - Good hotels are available in Ernakulam or there are many holiday resorts near Alleppey. The famous boat houses are a huge attraction for the tourists both foreign and local. One would get 5 star to economy boat houses. 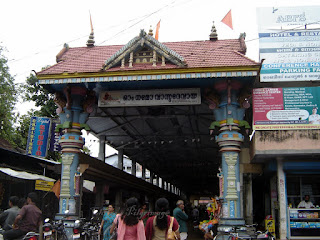 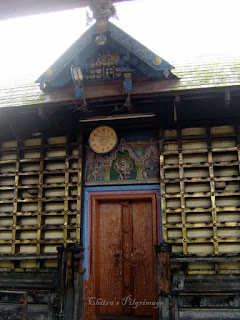 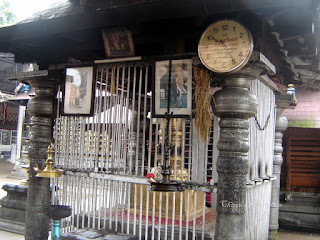 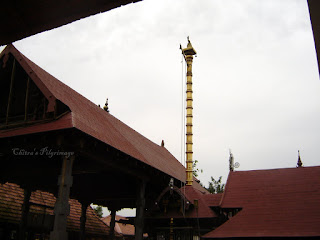 Kalpathy is in Palakkad , the border town between Kerala and Tamilnadu. Kalpathy is synonymous with the famous car festival of Kasi Viswanathar temple.This is a 600 year old temple on the banks of Kalpathy river. A woman named Lakshmi Ammal brought a bana Linga from Kasi (Varanasi ). This event is inscribed on a pillar in front of the temple. The Rajah of Palakkad allocated the place for this temple. The Sivalingam here is very small. The Amman here is known as Vishalakshi. There are sub shrines for Kalabhairavar, Dakshinamoorthy, Murugan and Ganapathy.This temple has been renovated recently.

There is also a small temple of Lakshmi Narayana Perumal near by. The idol here is of Lord Narayana in a sitting posture  with Goddess Lakshmi  on His lap. This temple has sub shrines of Ayyapa and Anjaneya.

Interesting facts- The  Viswanathar temple is famous for the annual chariot festival which attracts lakhs of pilgrims from across the world.

The chariots are embellished with fine carvings and I have included some pictures of the same.

The temple is surrounded by agraharam(garland of houses) or row of houses which are about hundred  years old and is declared as a heritage village. click here to see the beautiful pictures of the Heritage village known as Paithraga gramam which is on my other blog.

Many perform the last rites here on the banks of the river Kalpathy  for the departed souls of their loved ones.

How to reach-  Nearest airport is in Tamilnadu Coimbatore which is 60 Kms. away.
The nearest rail station is Palakkad where many express and mail trains stop.
Palakkad falls on NH 47 and this temple is about 5 Kms. from Palakkad town.
Accommodation- Decent hotels are available in Palakkad town itself. 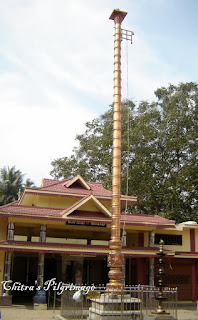 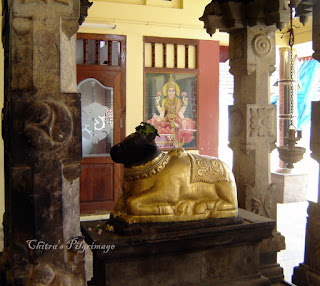 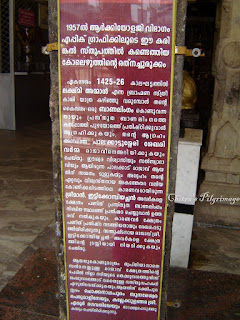 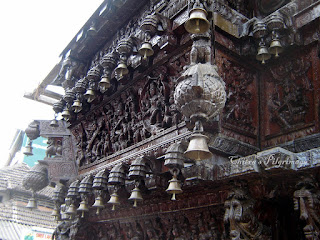 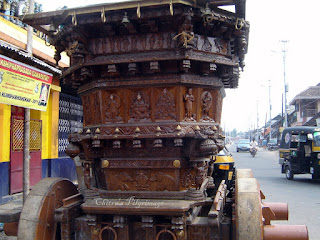 Sharavo  Sharabeshawara Maha Ganapati temple is about 800 years old. The main deity here is Siva, worshipped as Sharabeshwara hence this  sacred place came to be known as Sharavo. On the southern wall of the temple one finds the divine image of Dashabhuja Ganapathy along with Siddi Lakshmi.This temple attracts lot of tourists throughout the year from India and abroad.


Mangala Devi temple is another  popular shrine in Mangalore and this port town  derives its name from this Goddess Mangala Devi.This temple has a special significance for the maidens. For getting their wishes fulfilled of getting a suitable match , maidens observe  Mangala Parvati Vrata here. There is  frequent bus service or auto rickshaws  available for commuting here.
How to reach- Mangalore is well connected by rail, road and air.
Accommodation- The city has many budget,luxury and deluxe hotels.
For other temples in Mangalore on My Pilgrimage click here 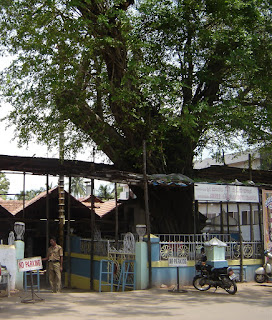 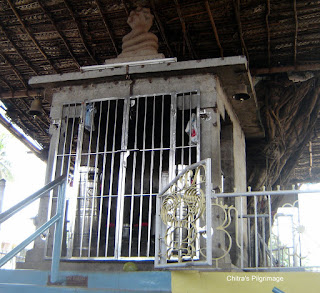 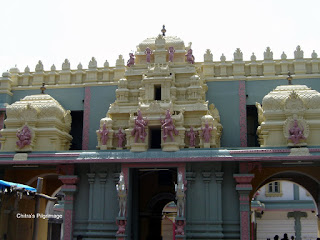 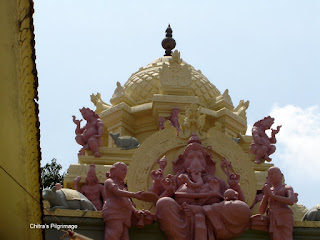 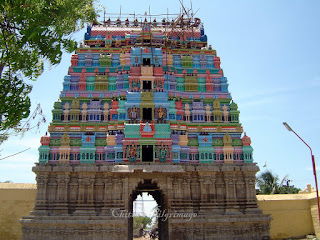 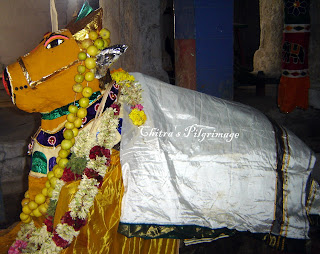 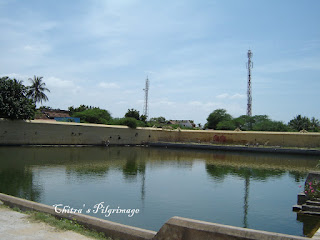