Chidambaram Natarajar Koil is one of the  Pancha bhootasthalas  of Siva where the Lord is worshipped in the form of Akash (space). Other Pancha bootha sthalas being Jambukeswara temple -Trichy, where Siva is worshipped as Jal ( water) Tiruvannamalai -fire,  Kalahasti - air  and  Kanchipuram - earth

The Lord Natarajar idol is enshrined in the chitsabha , the hall of Consciousness in the Ananada Tandavam pose (dance of bliss) . The idol of Nataraja is of exquisite beauty and grace  and it surely enchants those who stand in front of Him.   Next to the sanctum is a room which gets opened only during the worship which is known as Chidamabara rahasyam, the form of nothingness. Here the Lord is worshipped as formless and there are Golden Vilva leaves  inside.

The Nrithya sabha ( Dance Hall) is very famous , has exquisitely carved pillars and this is the place where Lord had a dance competition with Goddess Bhadra Kali. At the end of the competition the Lord lifted His  leg towards the sky as  Urdhva thandavar, a  pose, Kali could not take and she lost the competiton.

Near  this mandapam is a niche for Somaskandar and Kala Samhara moorthy  where the Lord protects Markendaya and kills Yama, the Lord of death.

Tiruchitra Kootam (an important Vishnu desam) is also inside this temple very near to Lord Natarajar's shrine. Vishnu here is  Tillai Govinda Rajar and his consort is known as Pundarikavalli thayar . There is also a shrine for Mahalakshmi here.

Amman shrine is in the outer prakram and on the left of her shrine we see the Adi Moola Siva .

This temple has lofty towers on all four sides and the the Western Gopuram has 108 dance poses from Bharatanatayam carved to perfection on the gate way.Have included a few pictures of the dance poses .
Other temples en route Chidambaram from Kumbhakonam in " My pilgrimage" are Seerkazhi and Vaidheeshwaran Koil.

How to reach- Chidambaram can be reached from Chennai or from Kumbhakonam. From Kumbhakonam it is nearly 70 Kms . From Chennai it is about a 4-5  hrs.travel by road. Regular buses ply from both places with very good frequency. 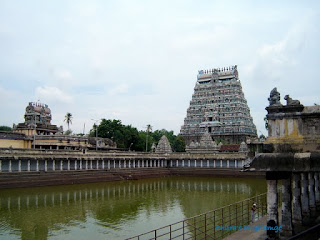 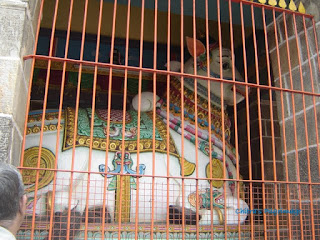 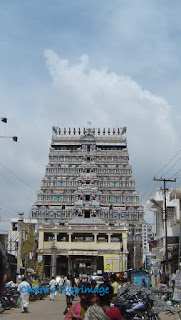 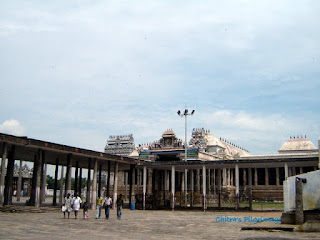 Brahamapureeshwarar -  Tonaiappar temple,Seerkazhi is a highly revered holy shrine and is very close to Vaidheeshawaran koil which is enroute to Chidambaram from Kumbakonam.It is 14th thevara sthalam and is situated near the river Kaveri. Here,  Lord Siva gives darshan in three forms -one as Lingam , Second, in  the form of a colossal statue  Tonaiappar with His consort Uma and last one as Sattainadhar Bhairavar.  All these forms are found in 3 different levels of the temple. One has to climb a few steep steps to have a darshan of Uma Maheshwar, Thoniappar and Sattainadhar.  One can see and enjoy the entire lay out of this huge temple from the top of the Vimanam.

Brahma is believed to have worshipped the Lord Siva here hence he is known as Brahmapureeshwar,(the main Lingam in the sanctum) During the deluge Siva is said to have secured the 64 art forms in a boat (Thoni) hence he is known as Thonaiappar. Sattainadhar is said to have quelled the arrogance of Trivikramar  after he showed his dominance over all the three worlds. Sattainadhar is worshipped here on every Friday night.

This is also the place where Tirugnana Sambandar received the Milk of Wisdom from Mother Goddess, known here as  Tirunilai Nayaki.

The temple with its vast area  and a calm, serene, salubrious atmosphere shuts oneself from the outside world and helps to have peace with oneself. A temple worth visiting to feel the vibrations of spirituality. 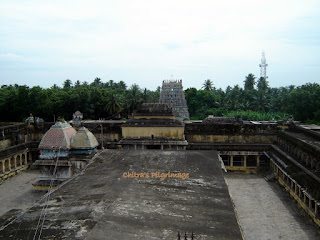 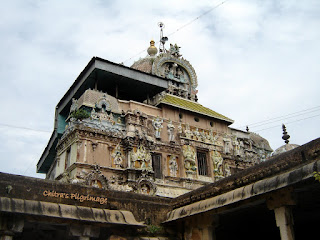 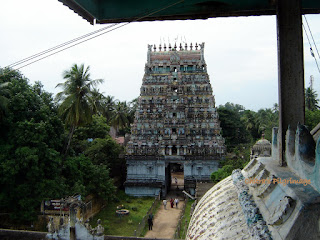 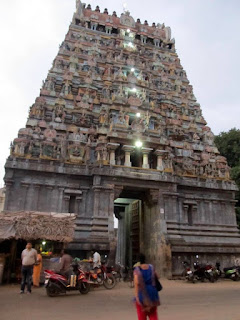