I felt blessed and surprised at the same time as I landed on the sands of Aluva manappuram at  Siva temple, just 2 days ahead of  Mahasivarathri which was celebrated a few days back. Mahasivarathri is celebrated here on a grand scale and Sivarathri fair goes about for a month.

This temple is situated right inside the river Periyar in Kerala. One can have a glimpse of this temple while travelling by train on Aluva bridge during summer and just  roof of the temple in monsoon as it gets submerged. Though I refer to this as a temple there is no shrine as such where  Lord Shiva is seated. Only temporary shelter is erected during the festival here.

During the monsoons  Sivalinga remains submerged in water and once the monsoon recedes  the temple gets  accessible  as an island  emerges; the Aluva manappuram.

Elaborate arrangements are made just before Sivarathri and make shift bridges are also made connecting the land and temple grounds for easy movement of pilgrims.

There are shady Peepul trees outside the temple and the surroundings are clean and neat. I also had the opportunity to feel the cool clear water of river Periyar.
the following Link has pictures how the temple appears during and after monsoons..

Here are a few of my captures. As it was an unplanned trip all are mobile uploads.
Aluva is well connected with rail, road and air. this temple is very close to Nedumbassery international airport
I am about to start yet another pilgrimage and would be away for a few weeks. See you all soon.
Will be visiting Varanasi, Allhabad, Mathura..etc. Will post once I am back. 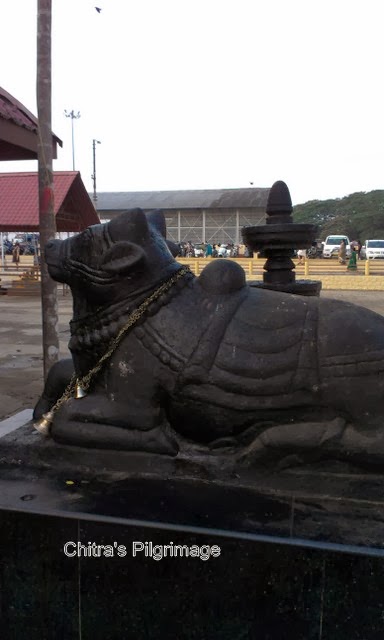 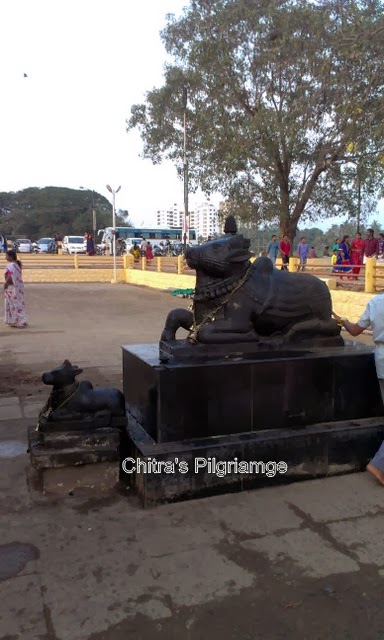 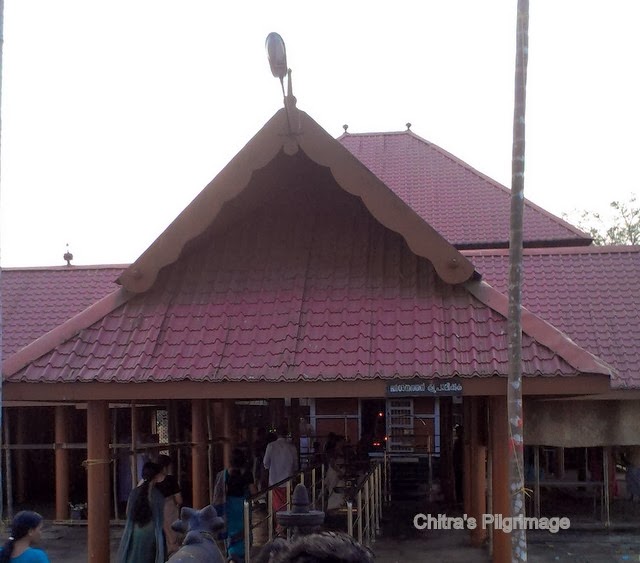 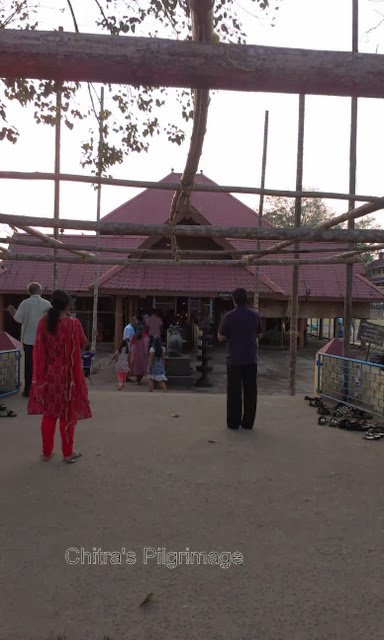 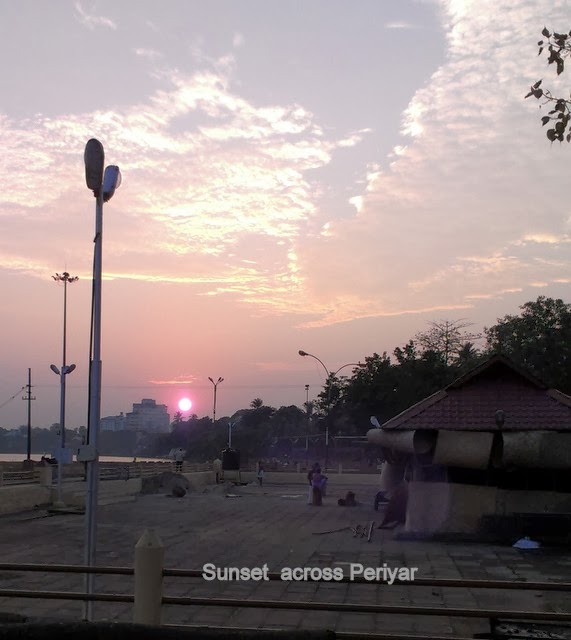 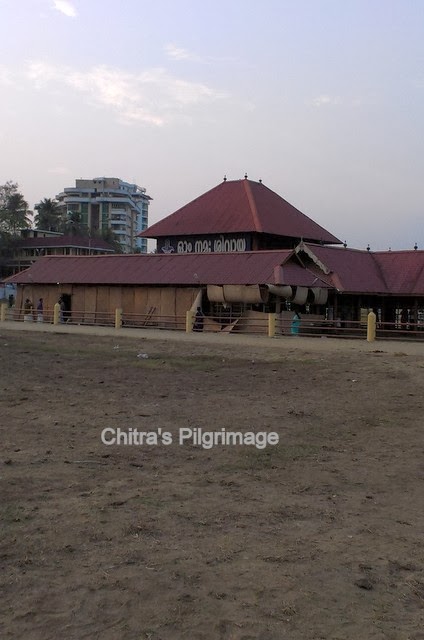 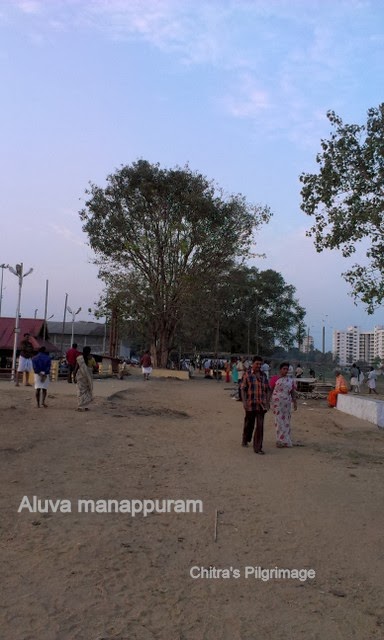 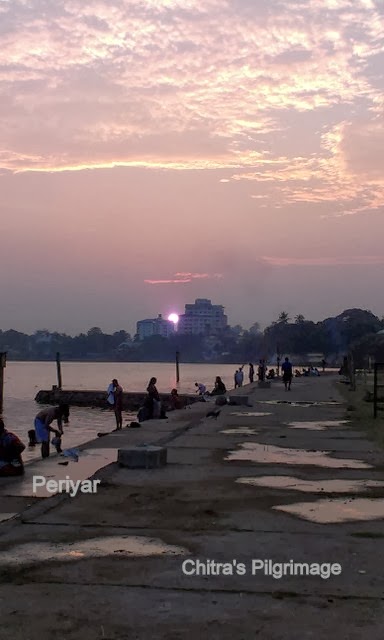 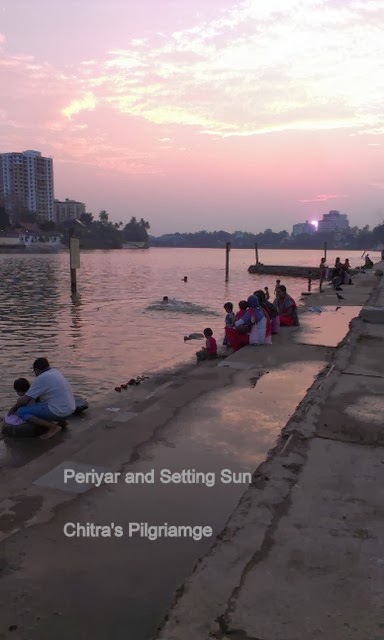 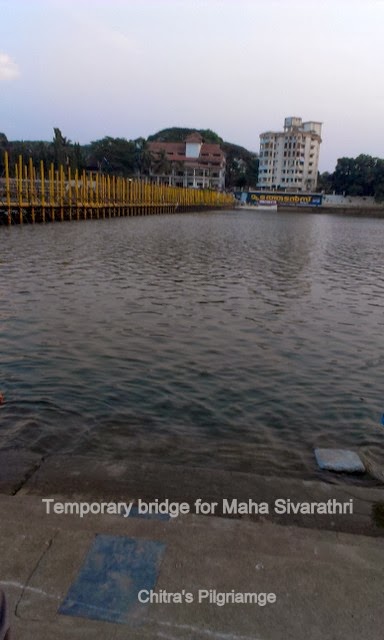 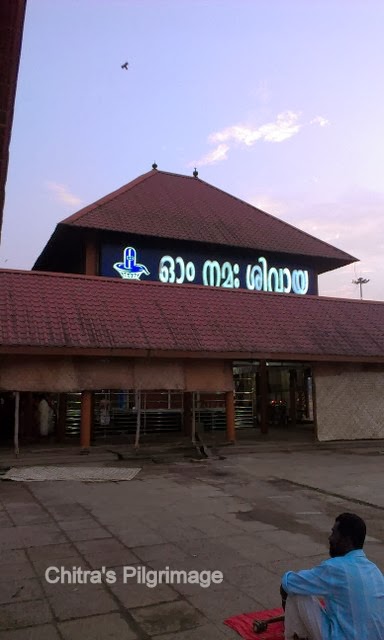 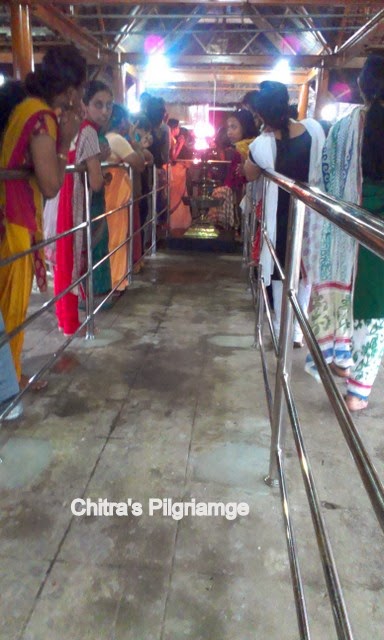 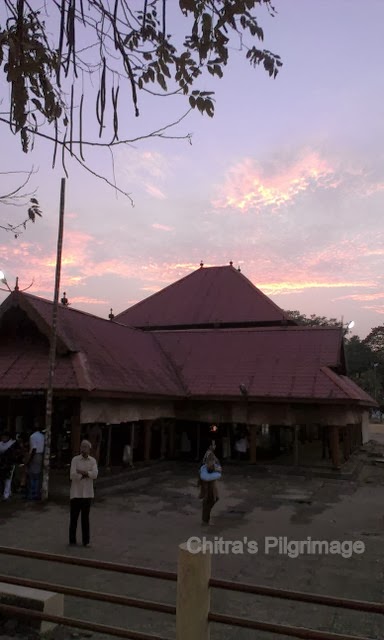