This temple  is situated at Sriperumpudur 36 K.ms from the city of Chennai and is known as Adhikesava Perumal and Sri Bhashya Kara Swamy temple. This is believed to be nearly 1000 years old.

The temple is huge and Lord Vishnu is known here, as Adi Kesava Perumal and Tayar is known as Yathirajanadhavalli, In the sanctum He is seen with his consorts Boodevi and Sri devi . In the outer prakaram are the shrines of Tayar and Andal. Andal will be with the Lord in the month of Margazhi.

This is the birth place of Saint Ramanujar (Read interesting facts here about the saint), a great Vishnu Bhakta,  who was born in 11 th century and is believed  to have lived for 120 years.The saint, took upon the mission of spreading Vaishnavism.

As one enters through the first Gopuram one can see a huge courtyard and which in turn leads to another  Gopuram. A few steps leads one to a mandapam aesthically ornamented with sculptures and intricate work on Granite pillars. Next to the shrine of Perumal one can see Ramanujar shrine.This idol is of great importance as this is one of the three of Acharya idols known as Tanuganda Tirumeni. This was made as per the instruction of Ramanujar and it is believed that he fused power into these idols by embracing it. Other two are in Sri Rangam, Ranganatha Swamy temple and  in Melkote , Karnataka.

The Adikesava Perumal is given hot water bath during winter months and is adorned with warm clothes.
Worshipping Tanugandha Tirumeni is equal to worshipping Ramanujar directly.

Those who are having Rahu-Ketu dosha and those who face delay in marriages worship here .

For more details do check the temple link 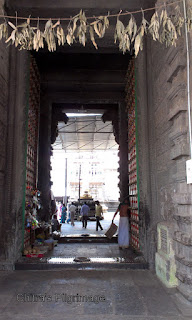 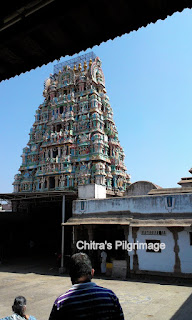 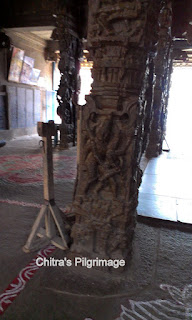 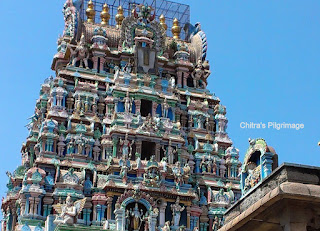 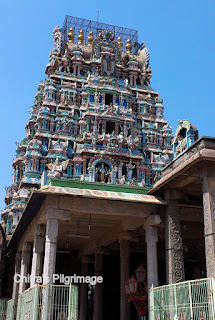 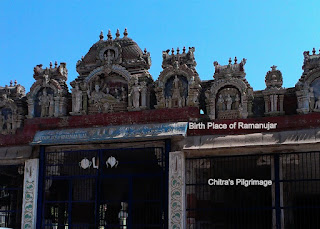 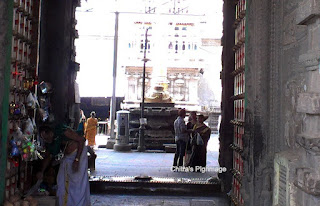 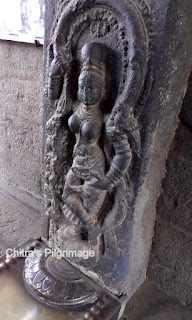 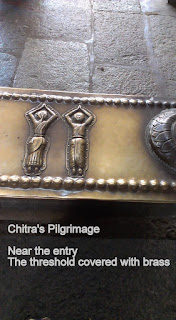 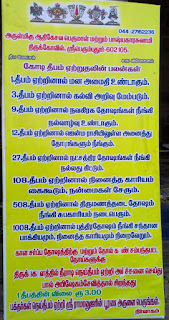 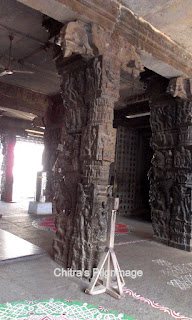 Such interesting facts. I think it fascinating that the Adikesava Perumal is revered in such a way as to be given hot water baths and warm clothes.

Well described. I passed through this town and in fact stopped at the Rajiv Gandhi Memorial but could not visit the temple.