Ranganatha Swamy temple , Srirangapatnam is in Mandya district of Karnataka and is situated  15 Kms. from the town of  Mysore .

This  ancient temple is  one among the 108 divyadesams of Lord   Vishnu. This is also first among the pancha Ranga kshetras situated on the banks of river Kavery and is  known as Adhi Ranga, The other 4  being Ranganatha Swamy temple , Srirangam, Tamil nadu, Appakudathan temple at Tiruupernagar,( Koviladi),Sarangapani temple at Kumbakonam, and Parimala RanganathaPerumal temple , Indalur near Sirkazhi, Other than Sriranga patna all others are in tamil nadu.

This temple also resembles  Tamilnadu temple with its multi tiered Gopurams, intricate craftsmanship on monolitihic pillars. Lord Ranganatha in this temple is in a reclining position on his Aadisesha . This temple is of historic , cultural importance.

Also, Kaveri River forms three small sacred islands in its river stretch in Karnataka and Tamil Nadu at Adi Ranga, at Sriranga Patna, Madhya Ranga at Shiva samudram and Antya Ranga at Srirangam where Ranganatha temple is located.
Links here for Pancha Ranga kshetram which I have covered under My Pilgrimage:
Sri Ranganatha Swamy Temple Srirangapatna 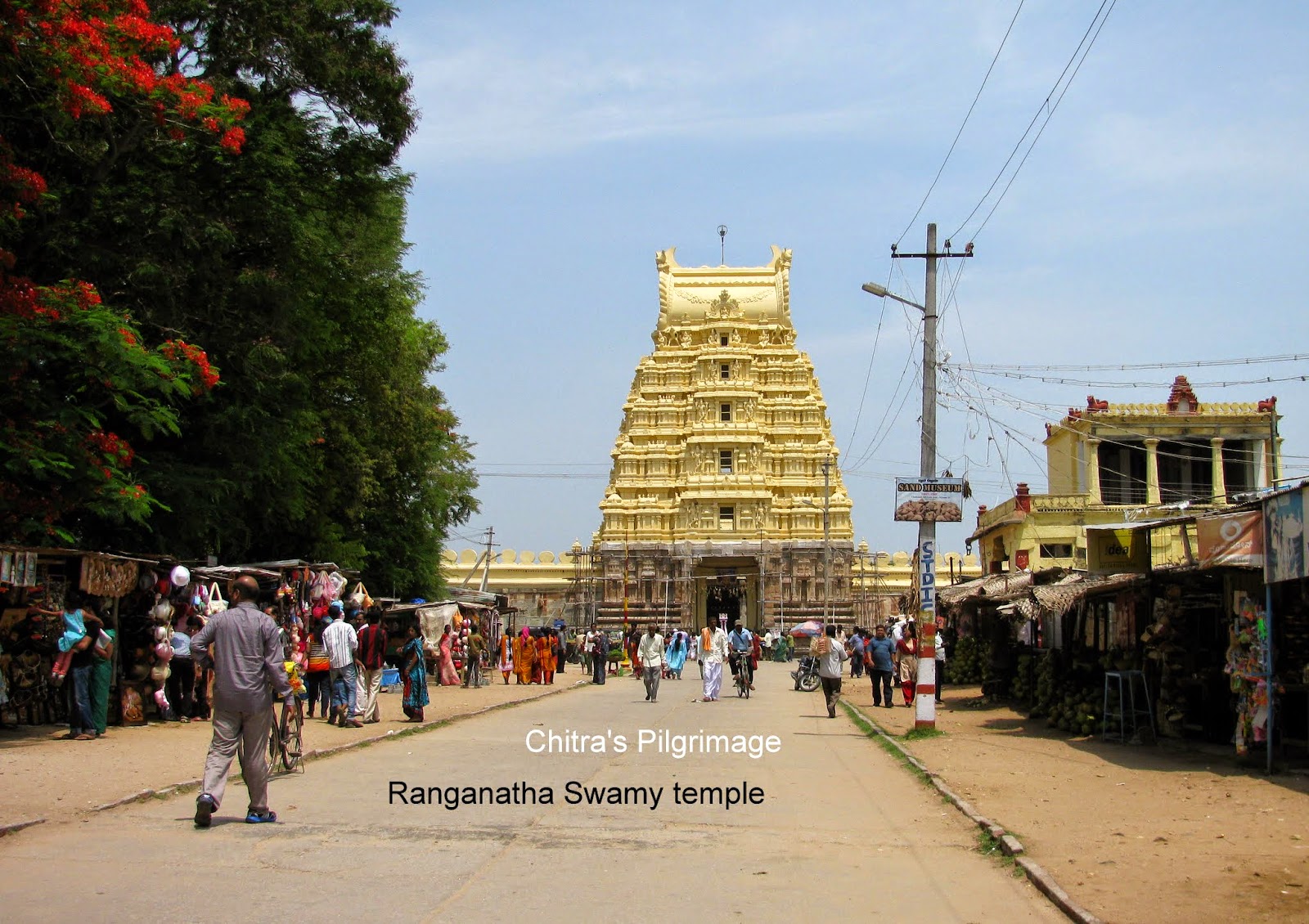 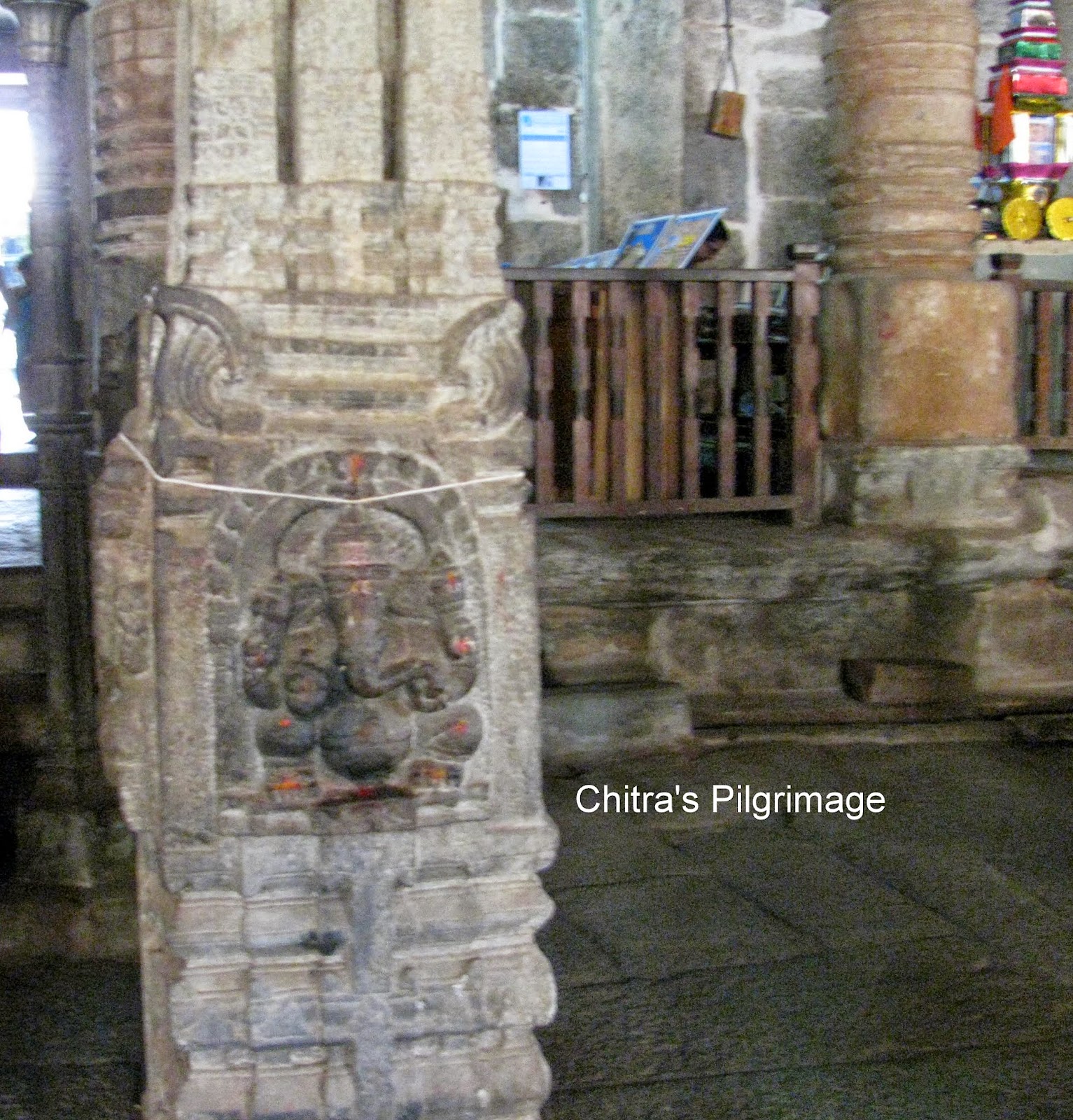 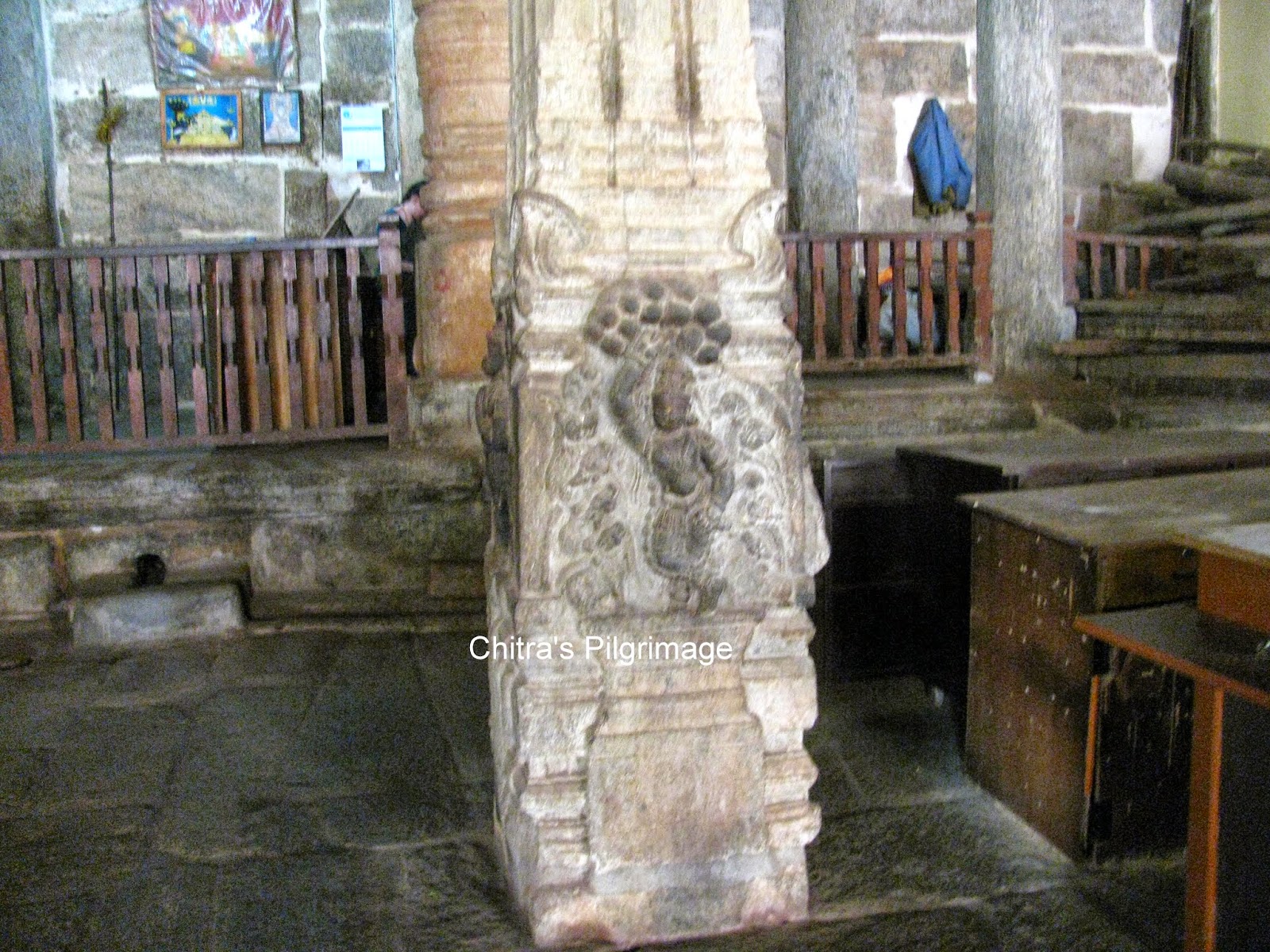 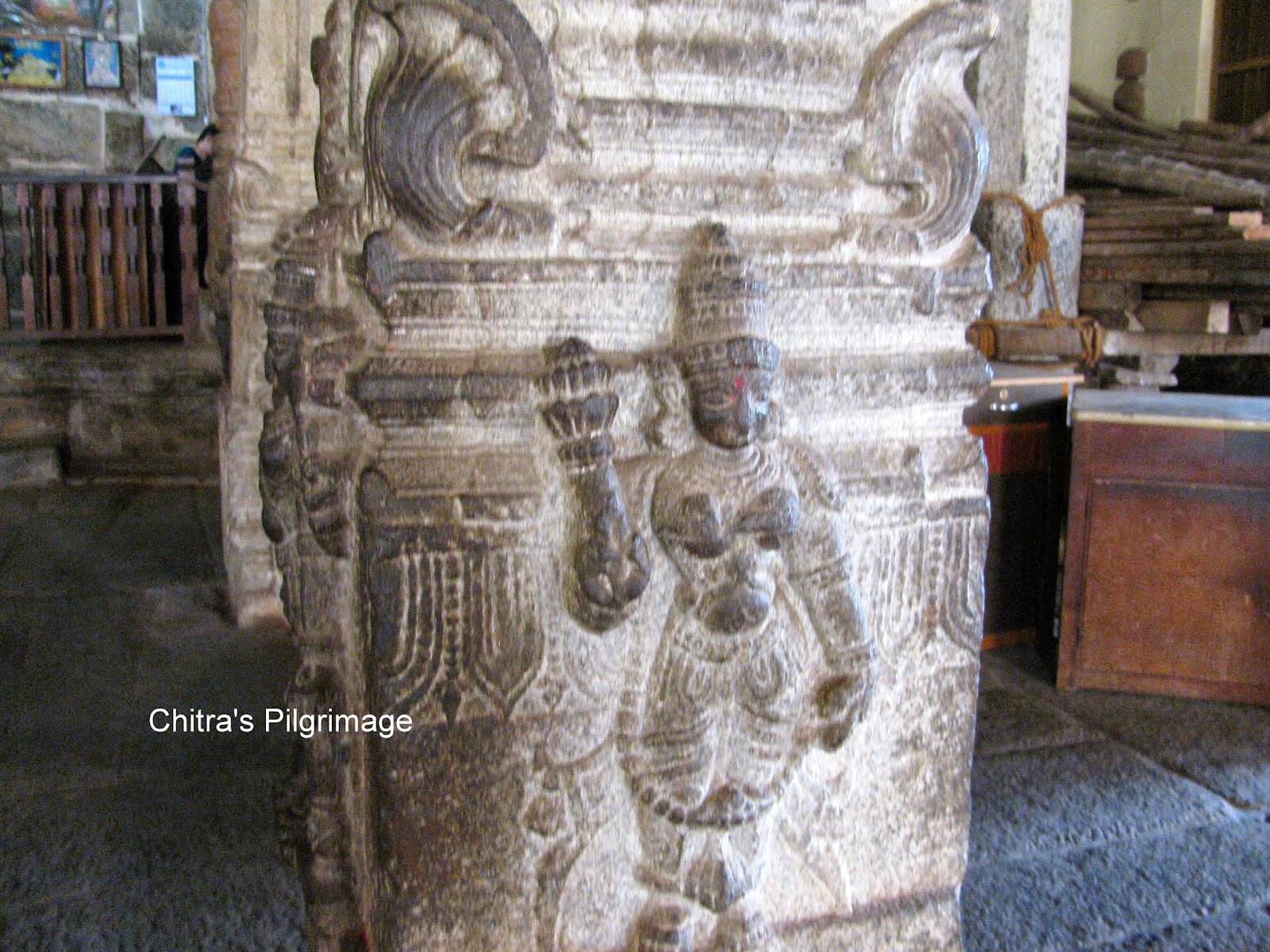 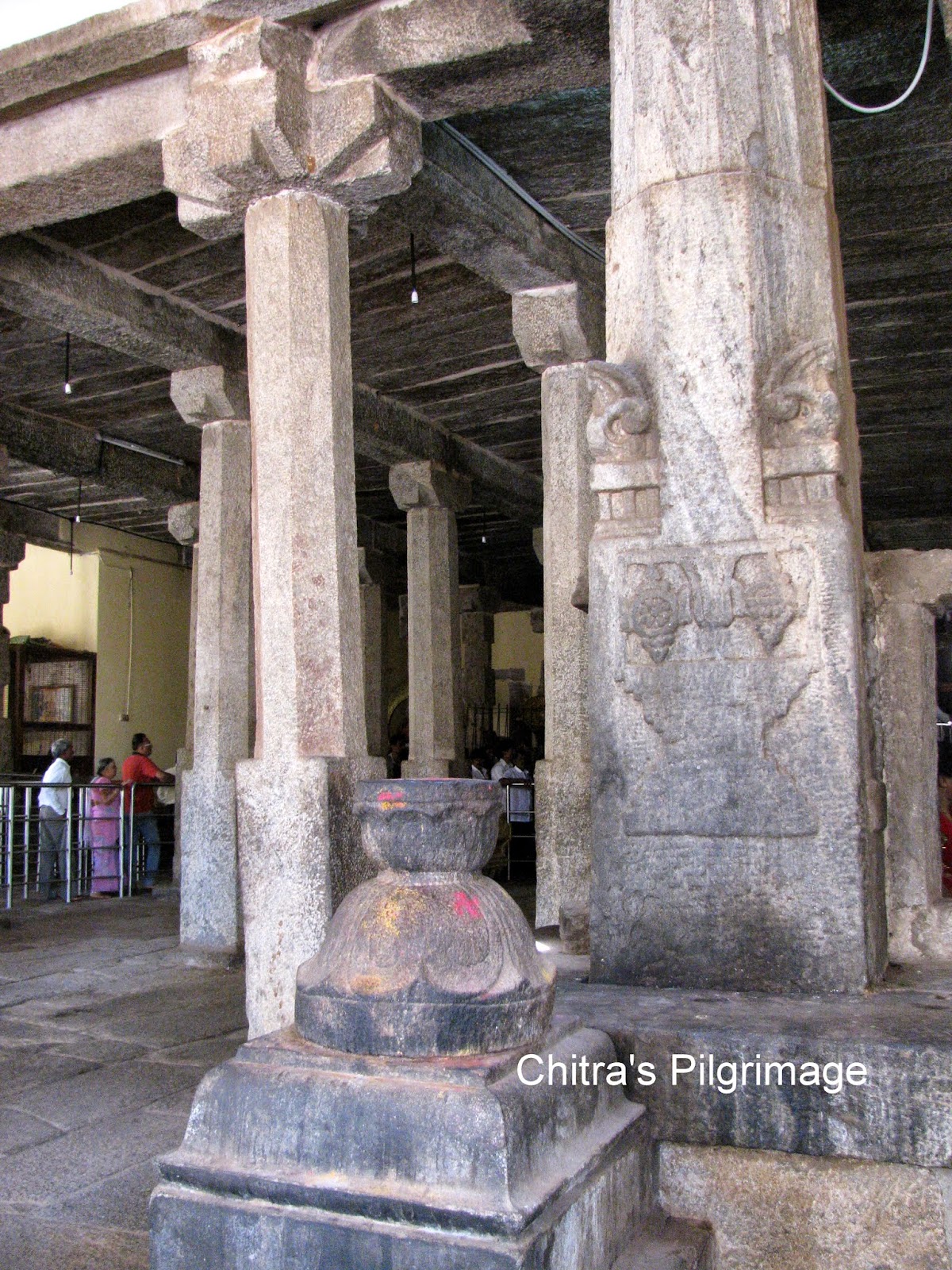 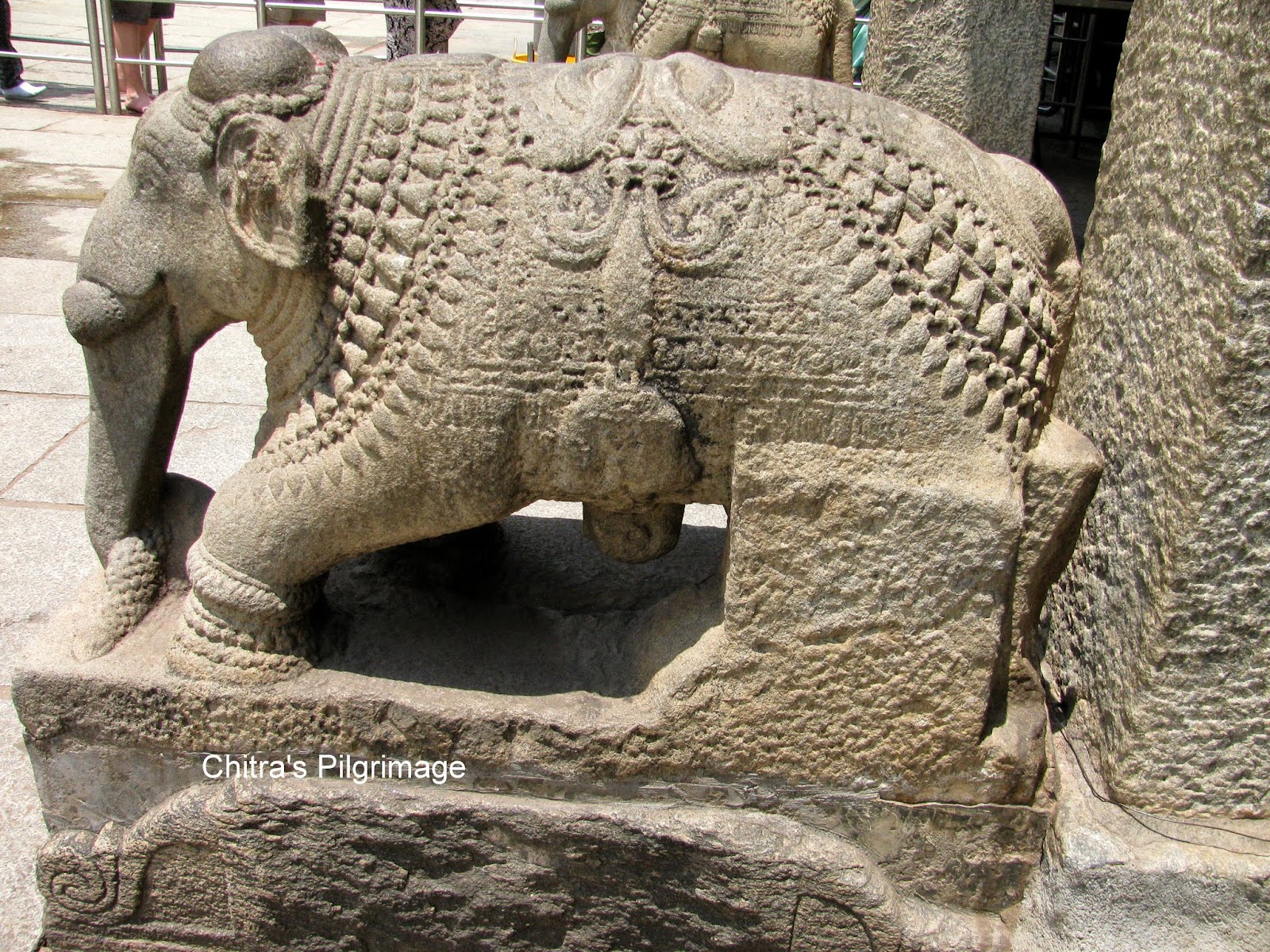 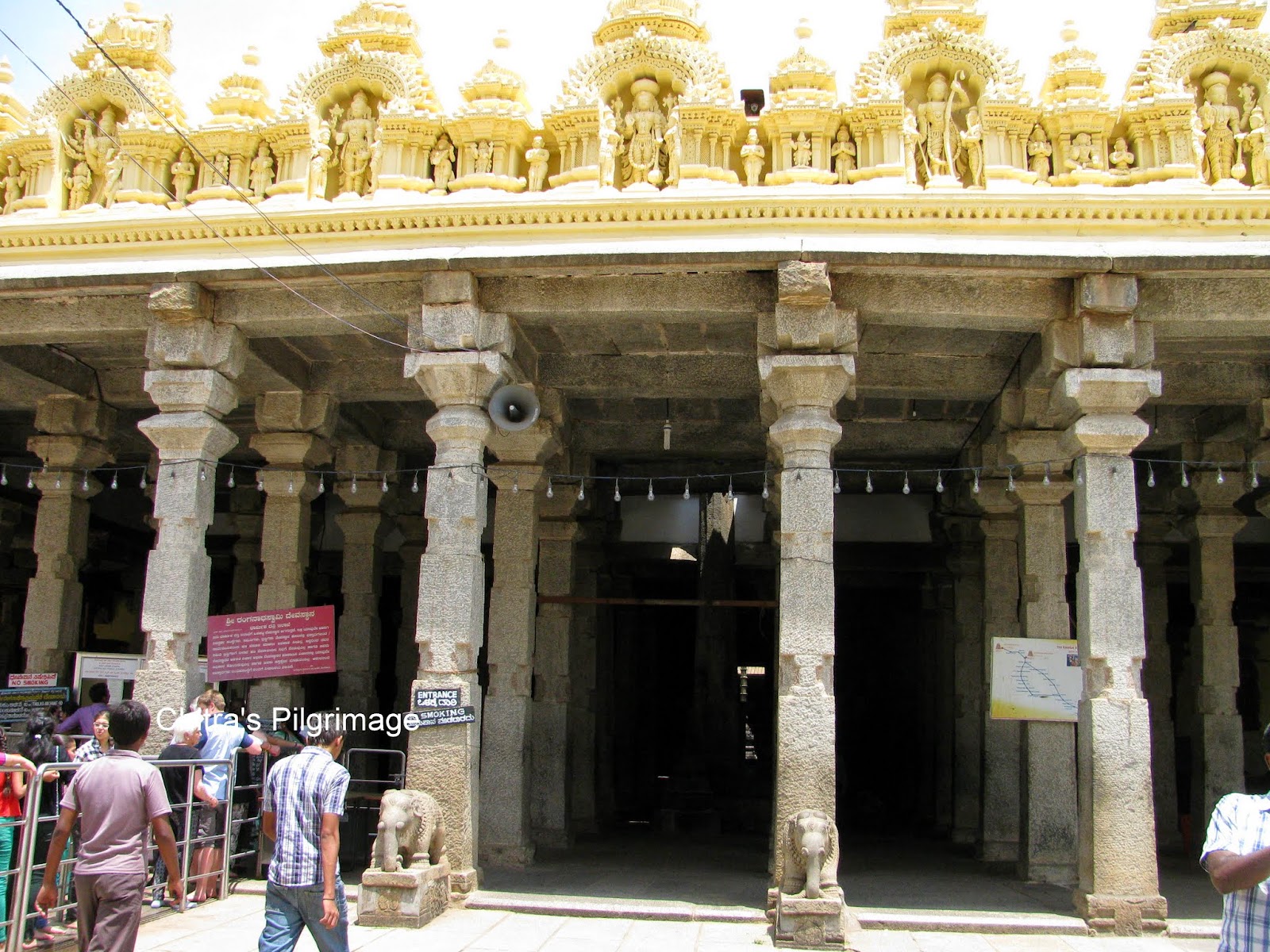 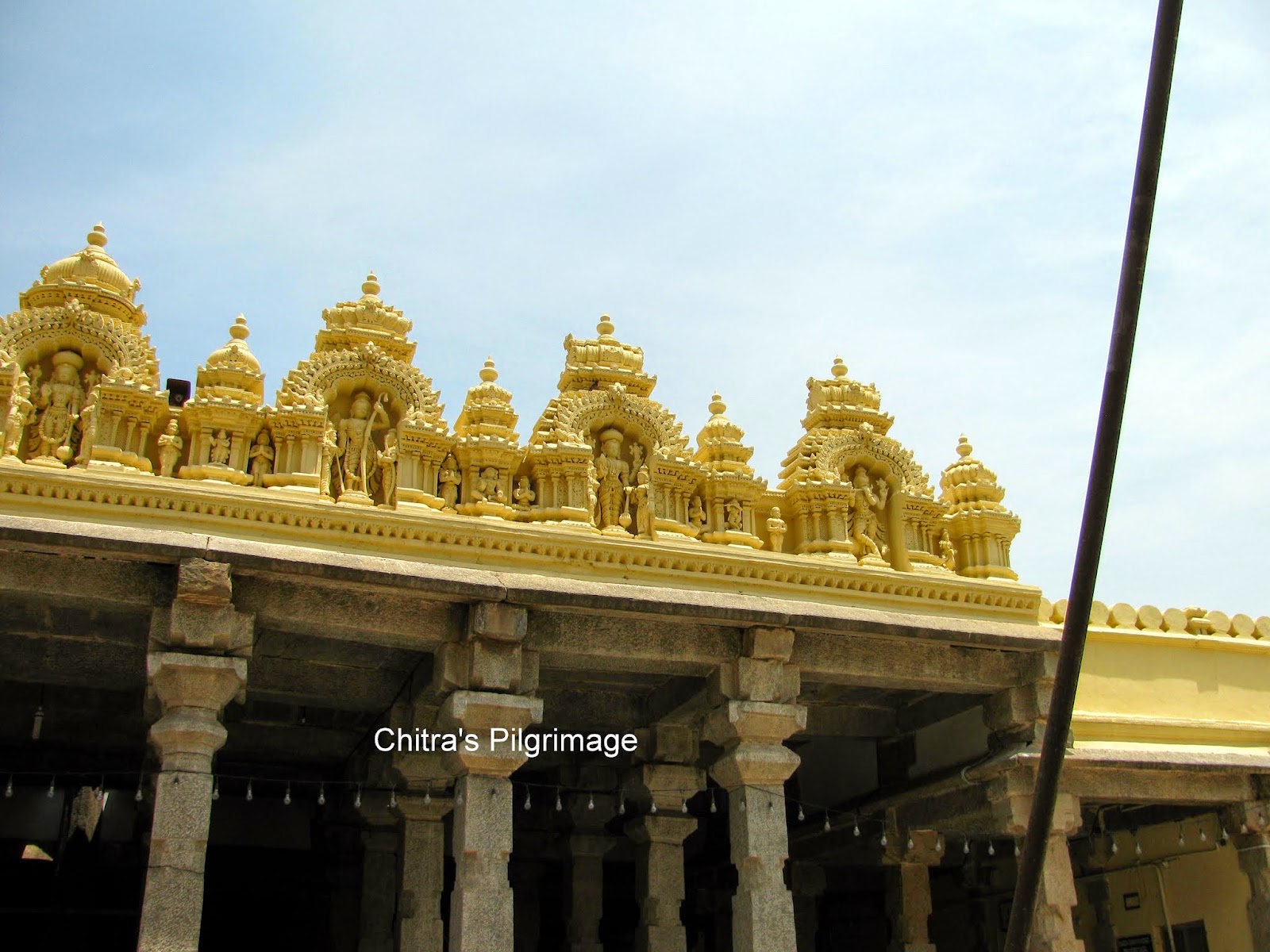 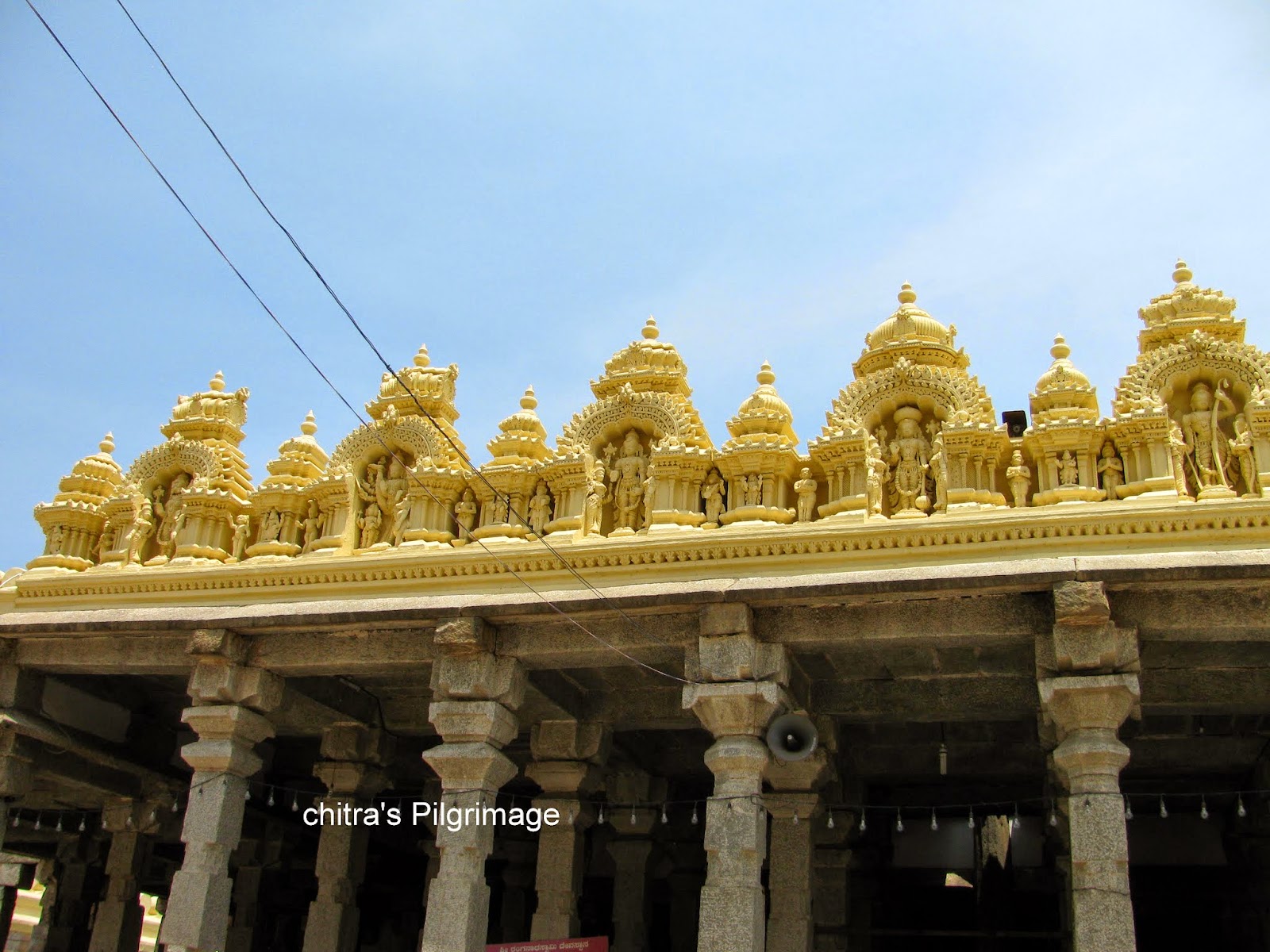 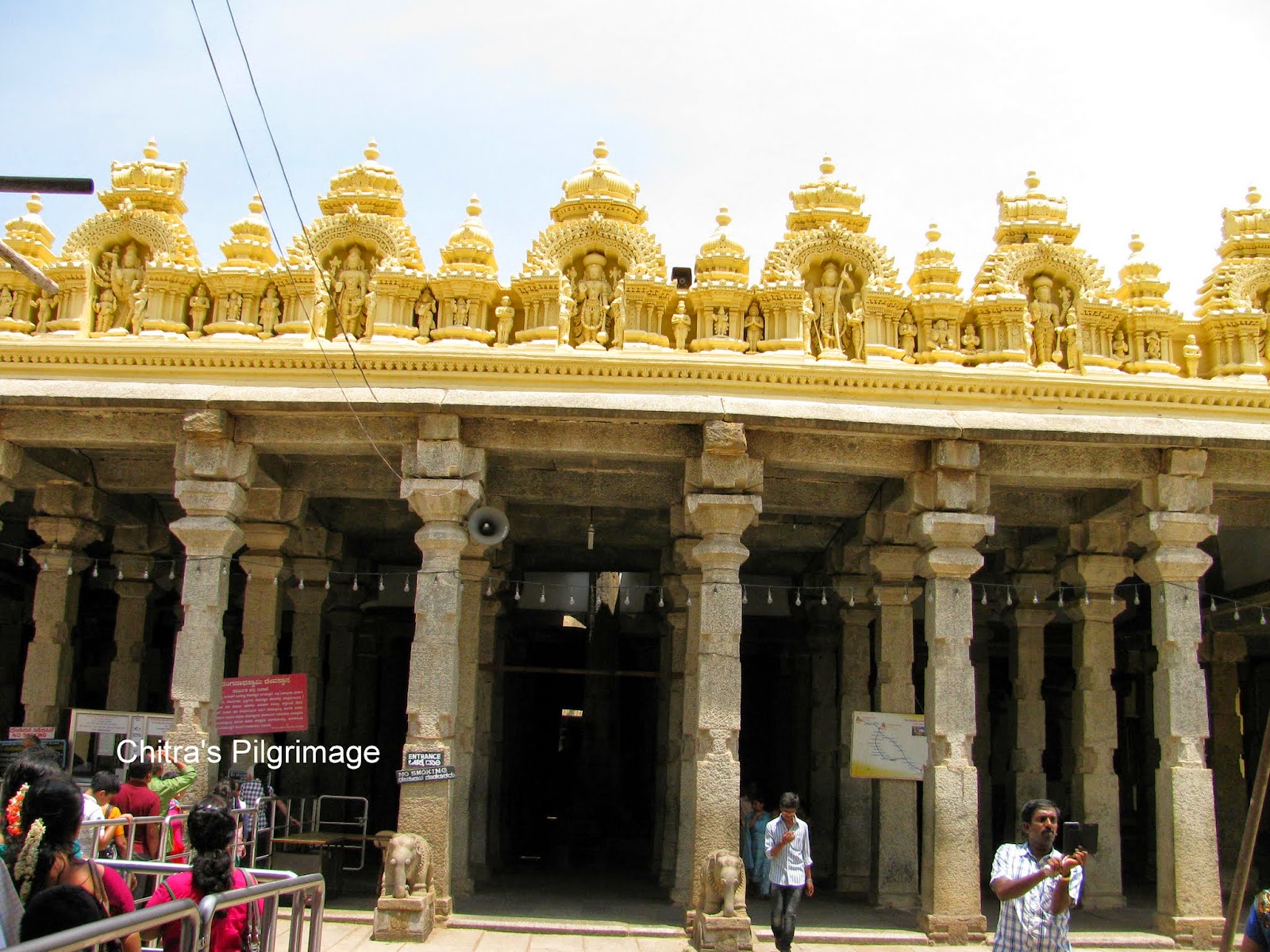 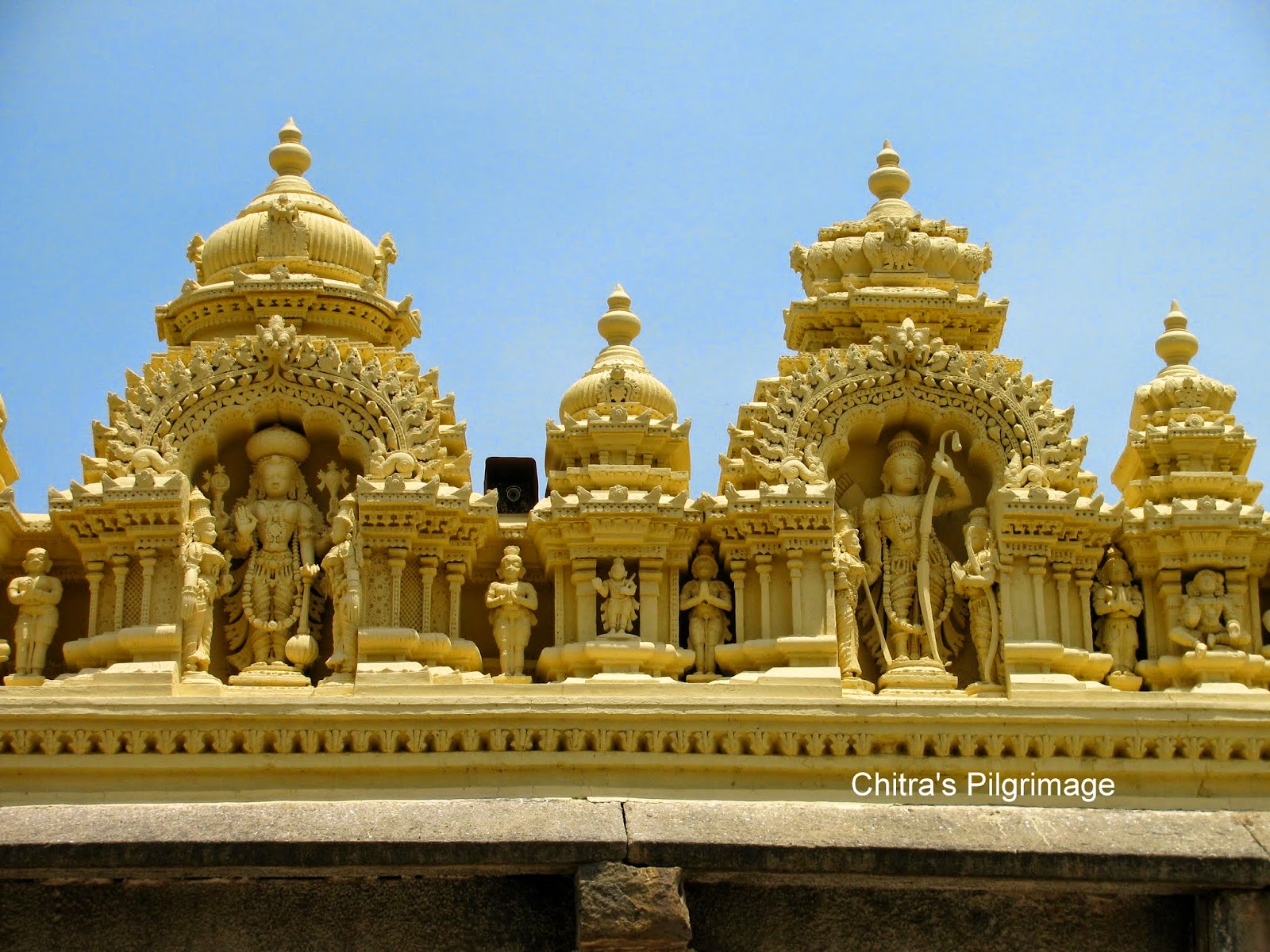 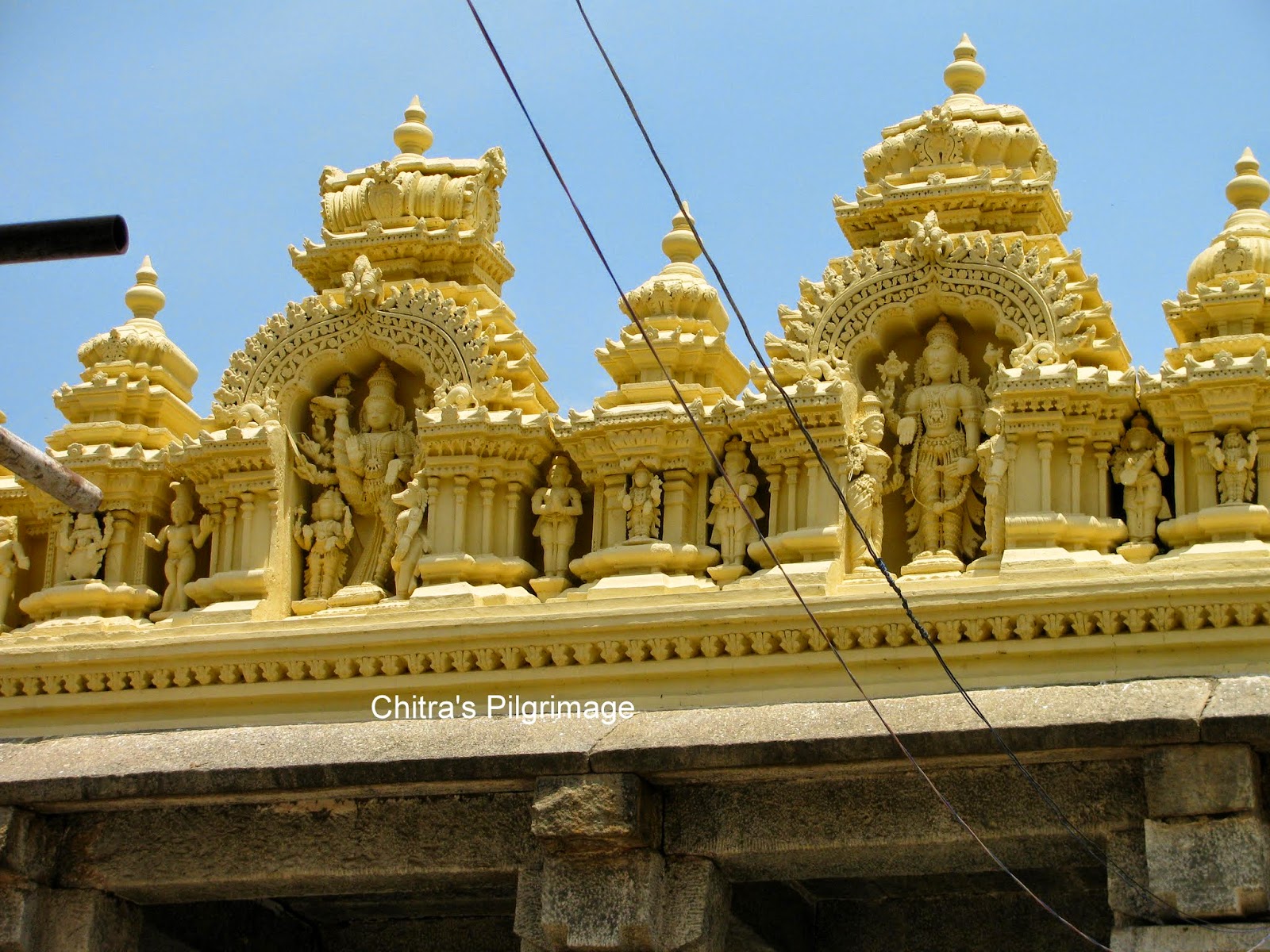 Such a beautiful place - must be amazing to stand in front of it! Happy new week Chitra!

Thank you.I have visited a few of the important temple you have mentioned.There is one small temple at Devadhanam near Minjur,Chennai where the presiding deity is 18 foot Ranganathar that dates over 1000 years.
http://prtraveller.blogspot.com/2010/03/devadhanam-ranganatha-near-chennai.html

Thanks . It was indeed interesting place to visit.

Thanks Kp, I will check and visit the temple.

Thanks SG
Though I have visited Mysore earlier, I could visit the temple recently only.

This is such a wonderful temple. Love its Gopuram.

Another one of my virtual reverences... thanks for my divine visit Chitra :)

Thanks Niranjan. Happy to see you here

Arti, thanks a lot. I am trying to be regular now

wahhh so good to be here on your super blog though after a long time...cheers chitraji..

Thanks Ramesh. Happy you visited.

Wonderfully well covered Chitra.. This temple is one of my favourites..

Thanks Sridhar.I visited it for the first time.