One of the loveliest trip was to Pushkar,
The temple here is  dedicated to Hindu God Brahma , the creator . There are very few temples dedicated to Lord Brahma and this is believed to be a fourteenth century one.
This temple is situated at an elevation and one has to climb a few steps to reach a marble laden  temple. A few meters away from this temple is the sacred Pushkar Lake.
The temple main shrine has  Lord Brahma gracing His devotees with his consort Gayathri.
Kartik Poornima is a very popular festival here which attracts lot of pilgrims from all over the country and many take a dip in the Pushkar lake before offering worship at the temple.
There are many shrines around Pushkar and it is believed that many were destroyed or desecrated during Aurangazeb's rule but some were rebuilt subsequently.
More information here.

Pushkar is famous for its annual  Pushkar camel fair and is during the  kartik poorima festival. 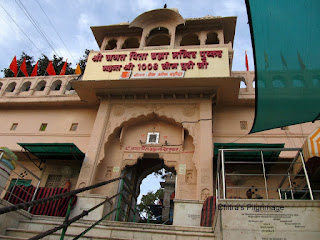 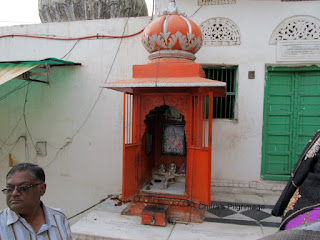 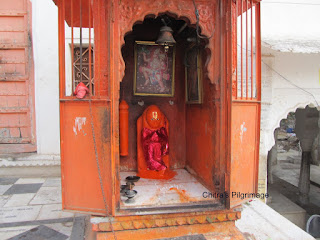 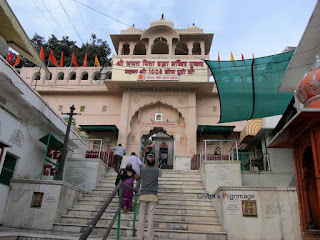 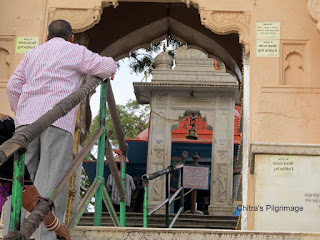 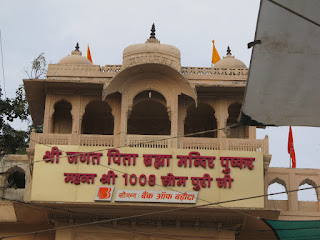 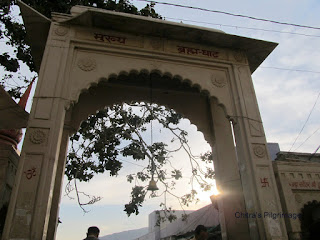 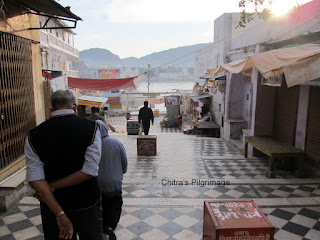 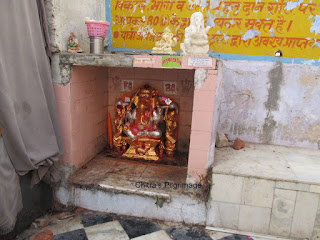 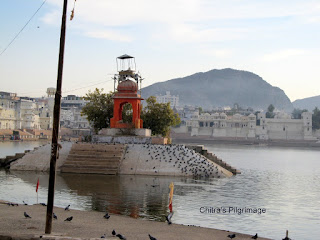 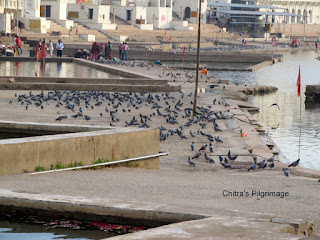 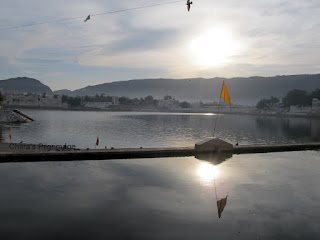 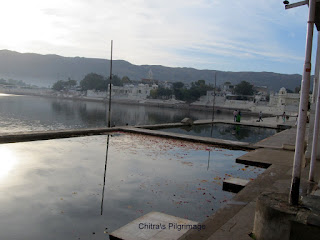 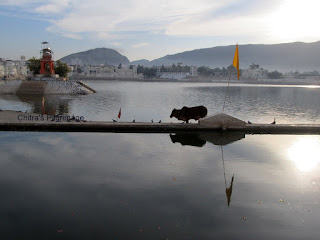 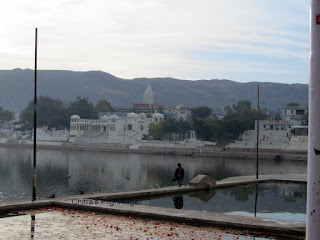 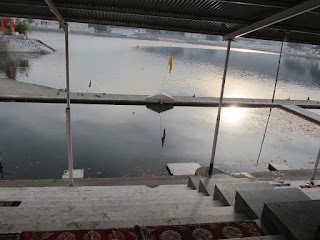 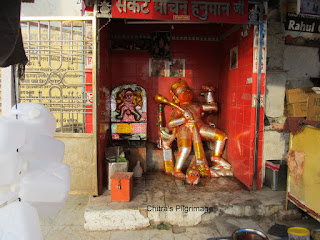 The small write up supplemented by many pictures of the temple and its surroundings gives the readers a fair glimpse of the holy place.Thank you.