Varanasi /Benares/Kasi is an ancient Hindu city  blessed by the Holy river Ganga. Every Hindu likes to visit this Holy city at least once in his life time to worship the Lord of Varanasi, Kasi Viswanath and to bathe in the river Ganga which is believed to cleanse one's sins.

River Ganga, is the life line of Kasi and the river is lined  with around 90 Ghats,( landings) each identified with a name which is   linked to either history or Mythology on a stretch of 3-4 Kms . These ghats are  always a buzz of activity thronged by pilgrims performing various rituals.  One can see a number of boats plying up and down the river and every activity here is dedicated to Mother Ganga .  Worship is offered to  Mother  in the form of flowers and floating lamps.

The temple  Kasi Viswanathar is small  and is guarded heavily and approach to the temple is through extremely narrow lanes in which  pedestrians, two wheelers. and cows jostle to find their way forward.  It needs great skill to meander through and reach the temple.

The temple  has a beautifully carved  Golden spire  and every devotee here can make their offerings to the deity directly . The Sivalinga is placed in a square pit about 2 feet deep  and is always immersed in a pool of milk and water offered by devotees.

Just outside the main shrine there are 2 sub shrines for Siva and other of  Goddess Annapoorna, Guru of Kasi Viswanath.

A few yards from this temple lies the temple of Kasi Vishalakshi the consort of Viswanath. This is a Sakthi Peetam.

There are also 2 burning ghats here where dead bodies are cremated , it is believed that  death in Kasi helps one to attain moksha - Liberation . One can see funeral processions reaching the Ganga Ghat continuously and in the days of yore many old people used to travel to Kasi leaving their families to attain liberation;  to unite with the Lord. The local authorities give  a decent farewell  to people who die in the Holy city.

Ganga Aarti is a grand ceremony performed at Dasashmedh ghat. This takes place in the evening after sunset and it is really an amazing spectacle which is not to be missed.  Tourists from all over the world  watch this ritual which goes on for about 45 minutes. One can watch this either from the ghats or from the boats parked in  front during this worship.
It was really a great experience watching the Ganga Aarti and floating lamps in the river.
Check my captures of Ganga aarti to get a feel of the ritual. 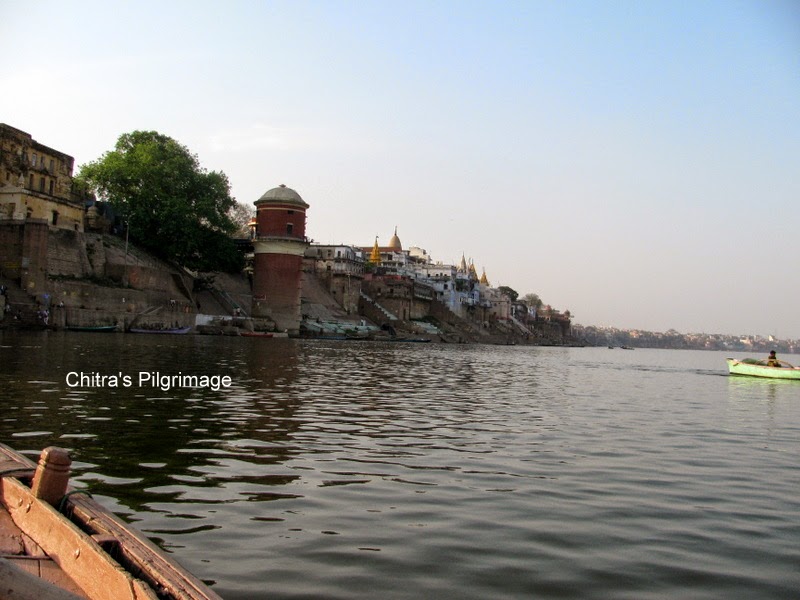 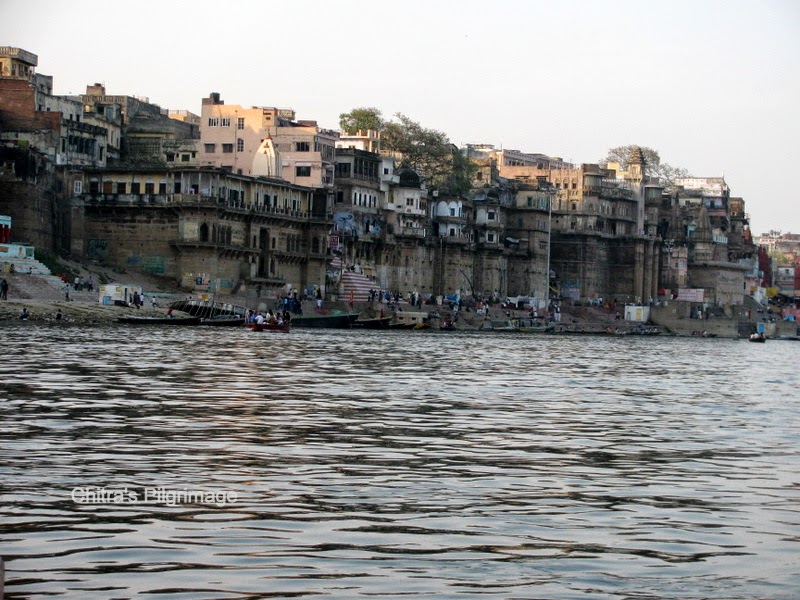 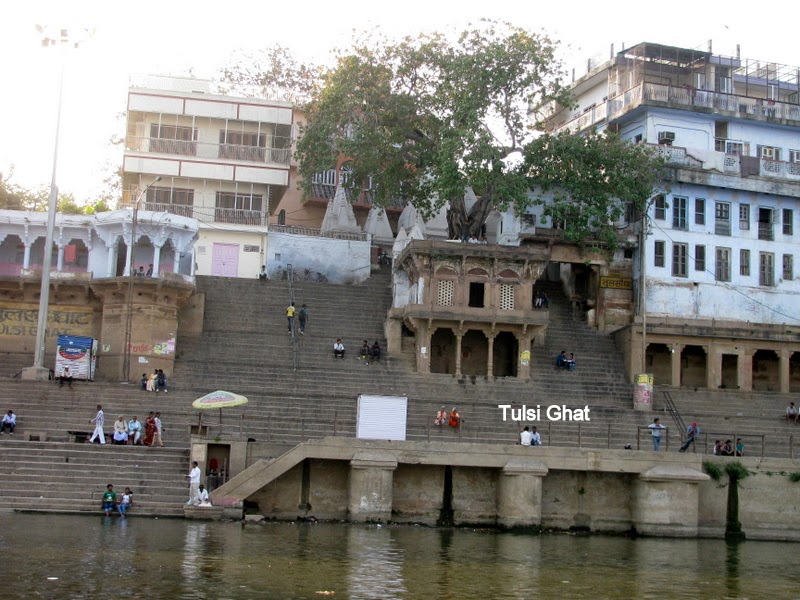 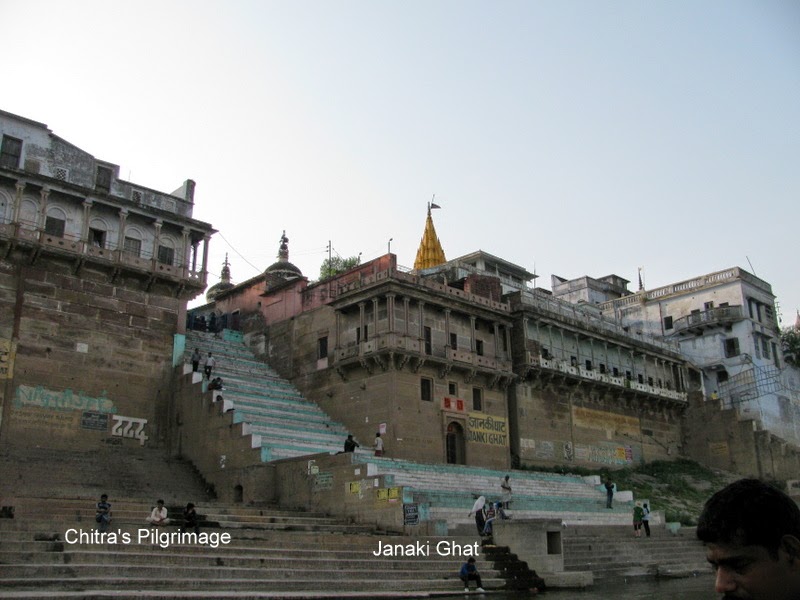 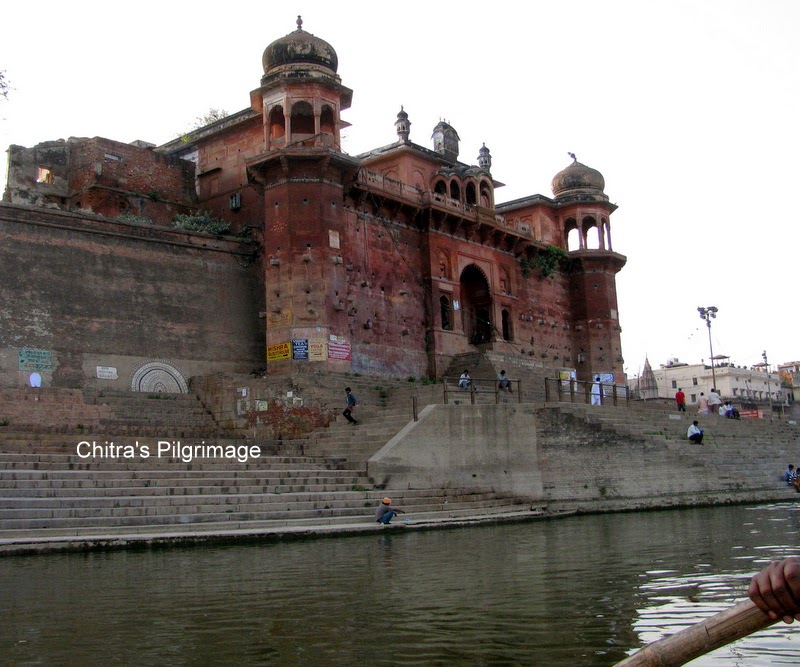 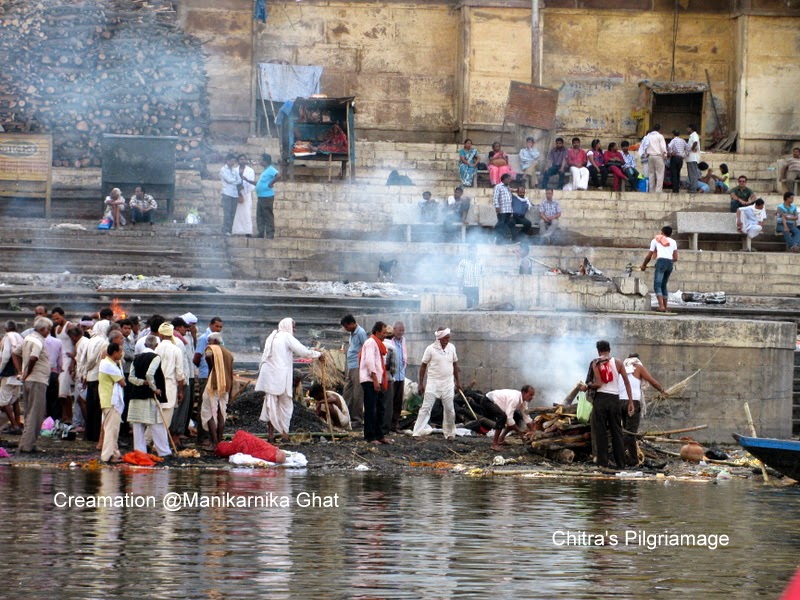 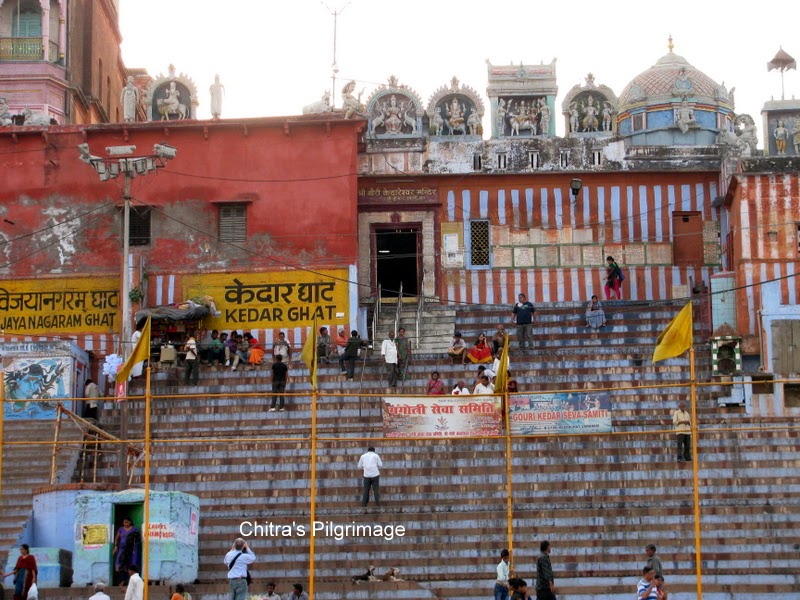 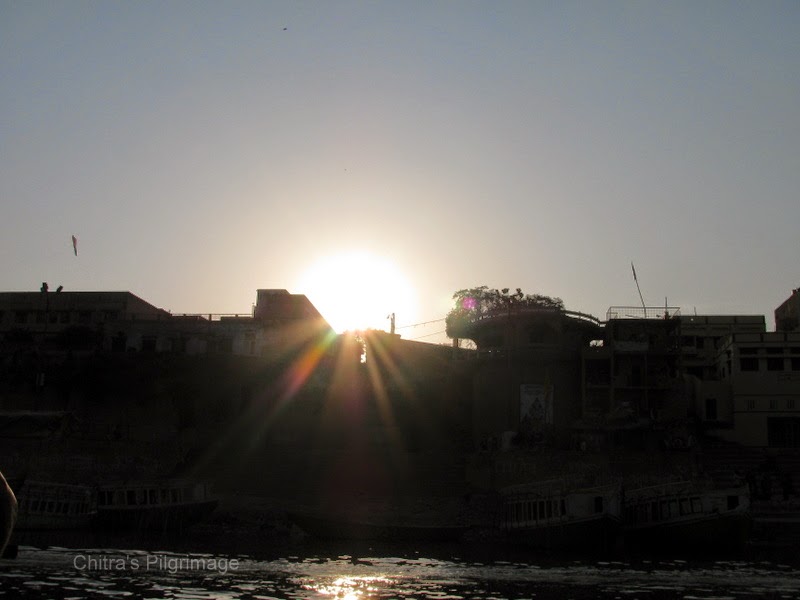 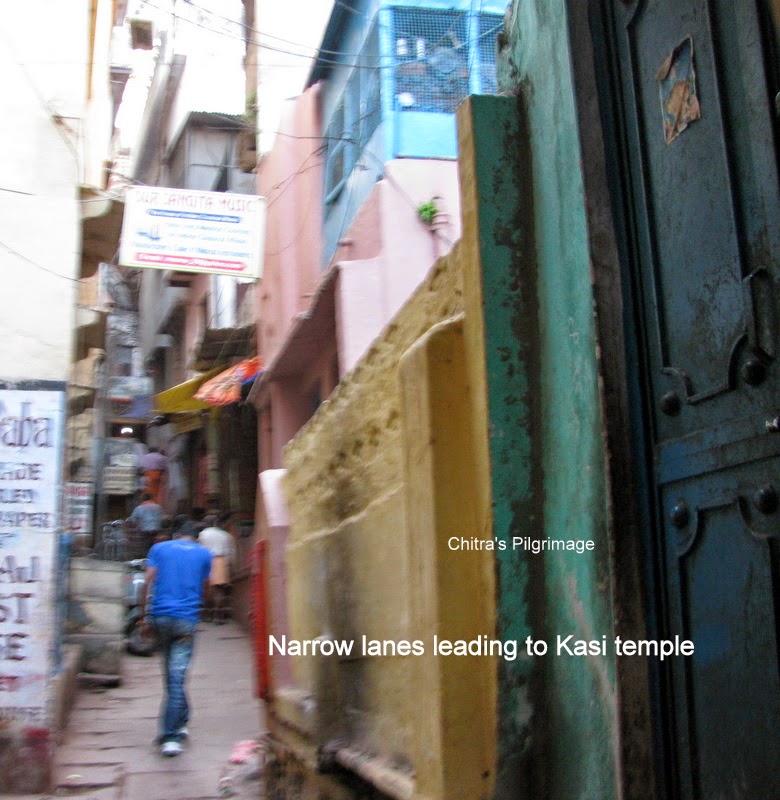 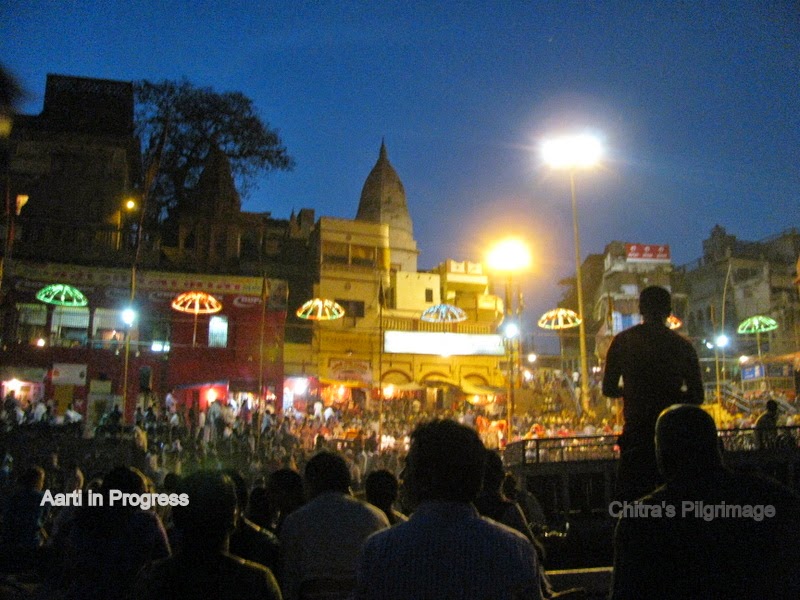 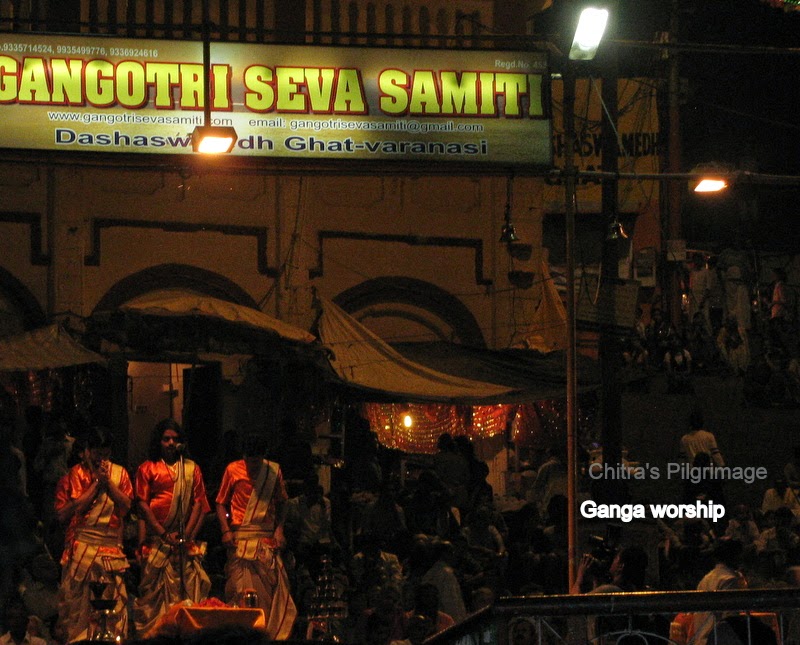 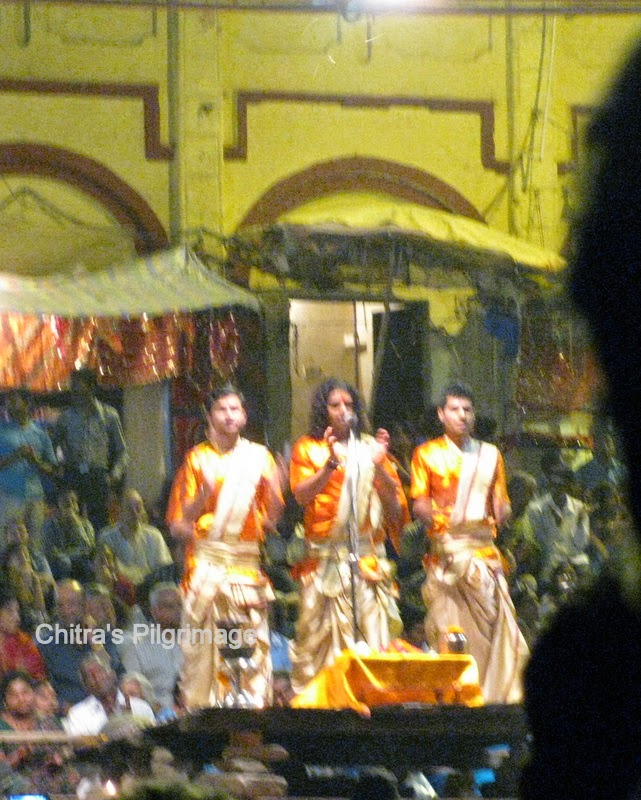 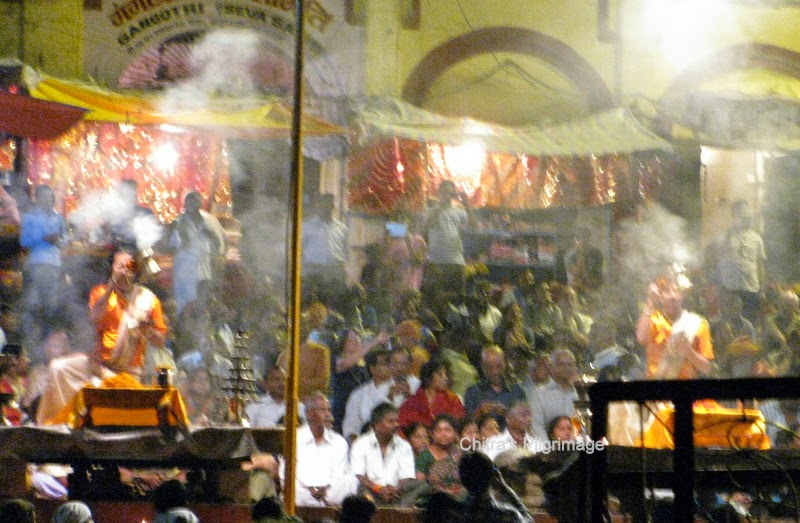 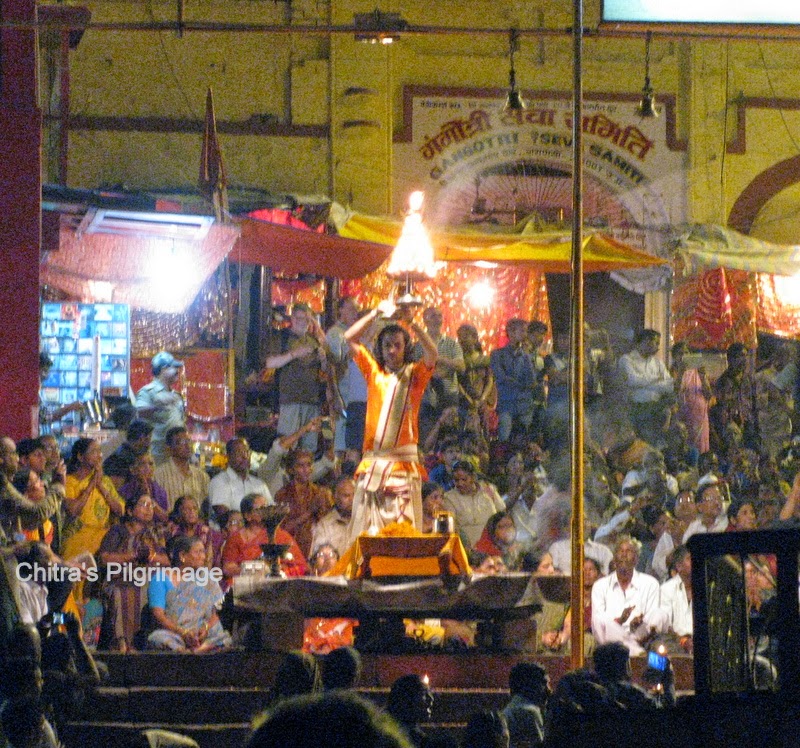 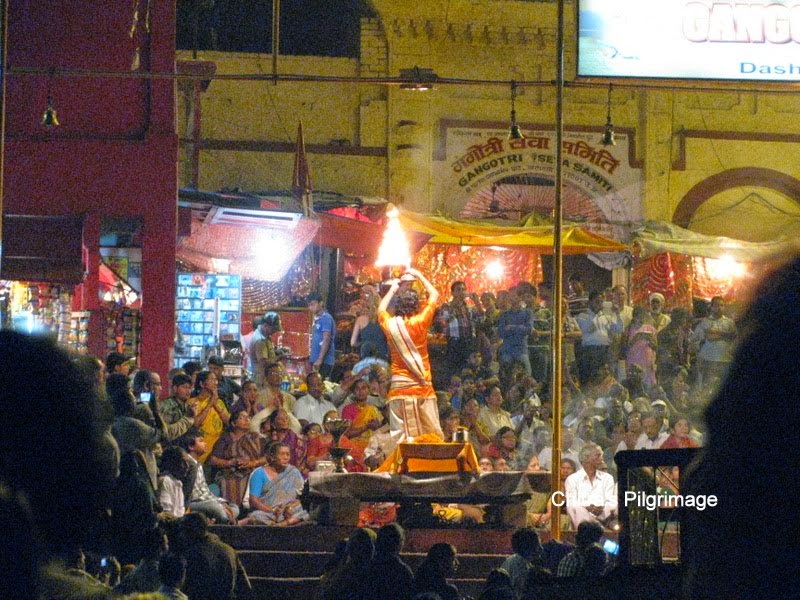 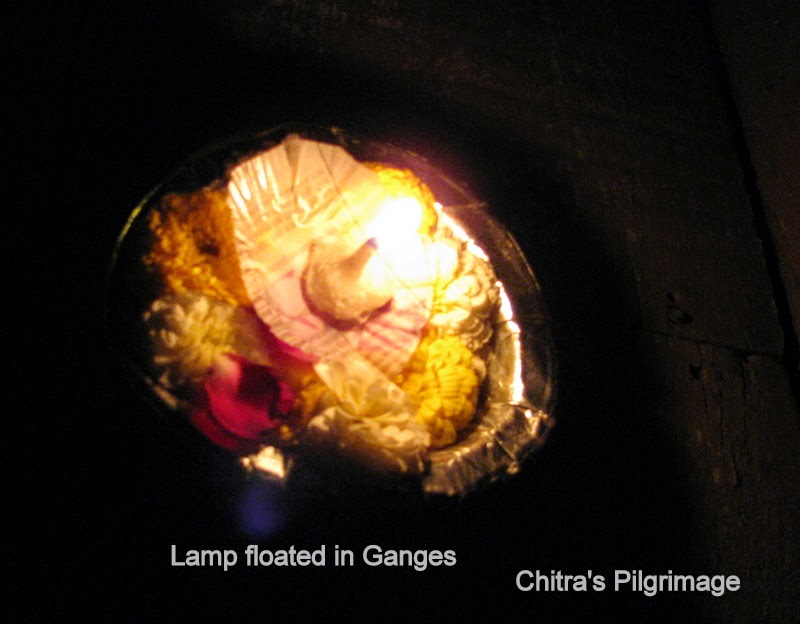 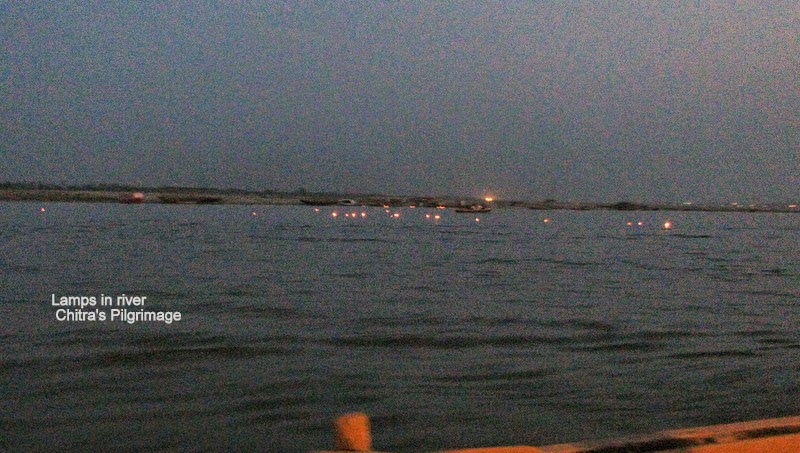 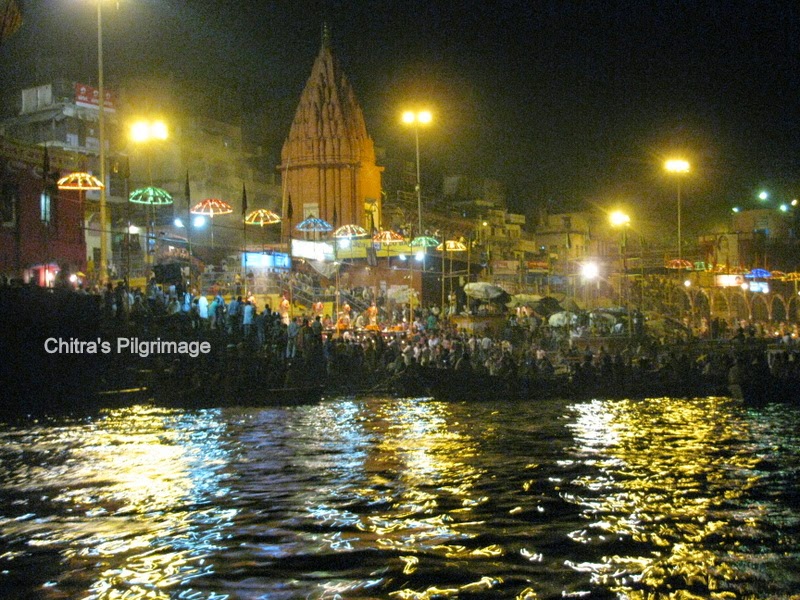 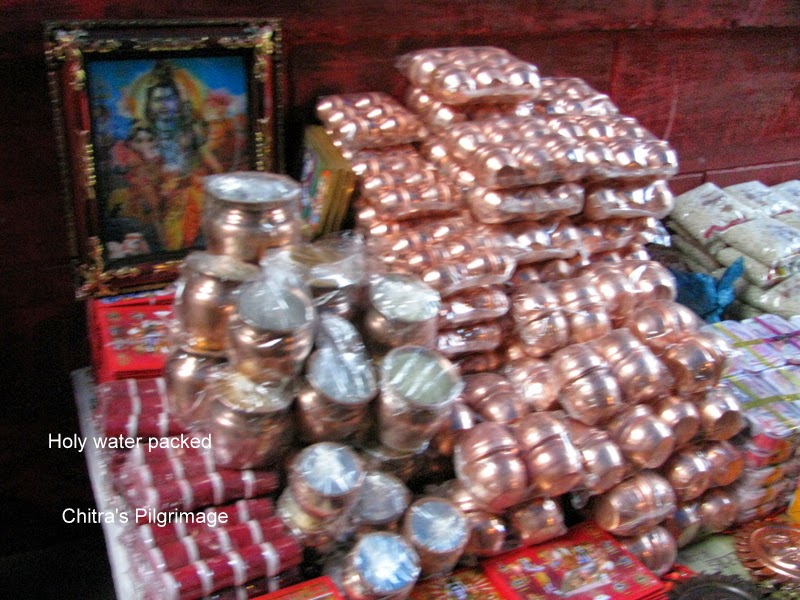 Such beautiful pictures! I hope one day to see that ritual. It sounds amazing.
XOXO
Traci

Thanks a lot Traci. I wish your dream comes true to visit India.

Wow those pictures are just gorgeous.

Thanks for the awesome description of Varanasi. And, thank for these beautiful photos. We have been to Allahabad but not to Varanasi, yet. Will go there someday, soon.

This was a great experience SG, especially the Ganga Aarti. Loved the boat ride along Ganges.

Those are some beautiful pictures , Thank you for taking me on this pilgrimage with the pics mam..

I have been to allahabad, benaras and all Not sure about varanasi :)

I love the idea of all these Ghats with their own individual names. Wonderful photos as always, its great to see you back.

Varanasi - the name rings a bout of emotions. A place of peace and final rest, a eluding experience. I always want to visit Varanasi. Some time for sure. Thanks a lot Chitra ma'am. Good pics. I visited the ghat behind the Pashupath nath temple in Kathmandu. Along the Baghmati river. Seeing the funeral pyres makes one realize all that is in our life is so temporary

Hi Tracy, It was a lovely trip down the river Ganges.

Bindu you must and I am sure your camera will have great work there.
Even I could see many bodies being taken to the ghat . No crowd behind it , just 4 pole bearers. But they move casually on side of the road without hindering the traffic unlike I see in other places.

Yes, Varanasi must be magical - and your pix capture the spirit and mood of the place Chitra! Thanks for another lovely glimpse of indian life and culture!

Varanasi was mesmerising Martina. Loved it.

Thank you ma'am. Someday for sure. Yeah thats one thing that I noticed at the Baghmati as well. Not much wailing, no noise whatsoever.

This is in my to-be-visited list for quite a while.. Very nicely covered. thanks for sharing..

Namaste.Chitra madam thank you for sharing Ganga Arati photographs. Chitra madam your piligrimage blog is a treasure house on Indian temples and due to this reason i am following your glorious blog.

Chitra madam on recent sunday i am presented my Third Seminar on Indian Heritage and Culture to young children. In this seminar i am sharing my collections relating to Indian Heritage and i am explaining students about various aspects of our heritage through my collection. Many children actively participated in my seminar and they clarified their doubts on Indian culture.

Chitra madam please look into my Third Seminar on Indian Heritage message and share your inspirational comment for the same.