Kannagi's wrath made the ancient  city of Madurai go up in flames and after causing destruction  she marched towards Kerala. She is believed to be an incarnation of Goddess Parvati and she is the heroine of Silappadikkaram,  an epic  penned by Jain poet Ilango Adigal ; Her destination was Kodungallur ( Yet another seat of Goddess , shall post soon) and  en route she halted for a brief moment in Attukal , thus bringing her divine presence to an obscure place which has become a great pilgrimage centre, especially for women as this is known as Sabarimala of women.

This temple is a just 2-3 Kms  from Sri Anantha Padmanabha Swamy temple . The Goddess here is very powerful , affectionate and the steady stream of pilgrims itself is a proof to show that she fulfills  the wishes of her devotees.

Pongala festival is offering the Goddess a soft sweet made of rice, split green gram and  jaggery. This is cooked in earthenware pots outside the temple in traditional way. Make shift stoves made of brick and wood as fuel line the length and breadth of the area around the temple. Millions of women devotees participate in this festival and cook Pongal .  Pongala which was just confined within the four walls of the temple  has grown  over the years and spread to nearby areas and now a days it even stretches to a radius of  4-5 kms. One can view this  sea of pots through a veil of smoke if one wishes to visit the temple on that day. Women fast the whole day till they offer Pongala and worship the Goddess.


There are shrines for Shiva, Ganesha, Nagas and Navagraha around the main temple.

A temple worth visiting if anybody is planning  visit  to Trivandrum. 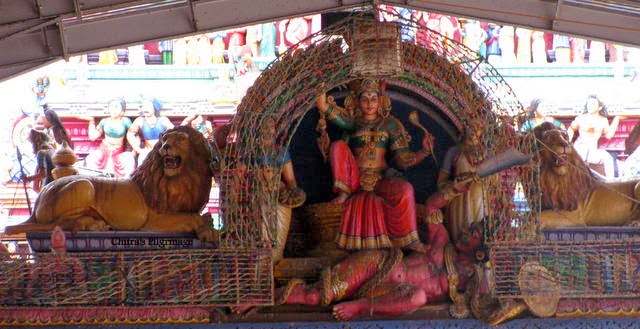 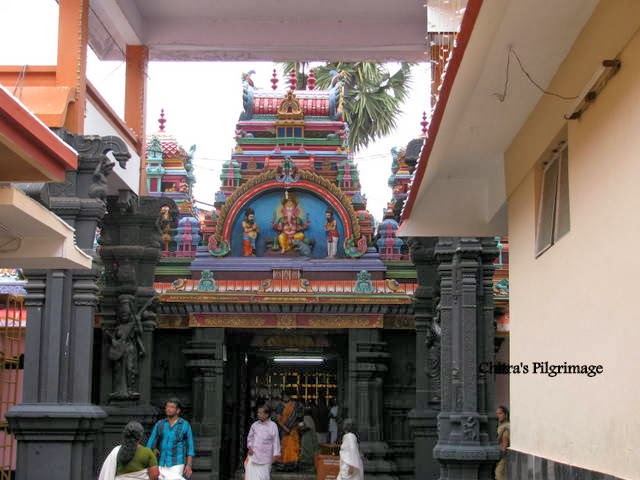 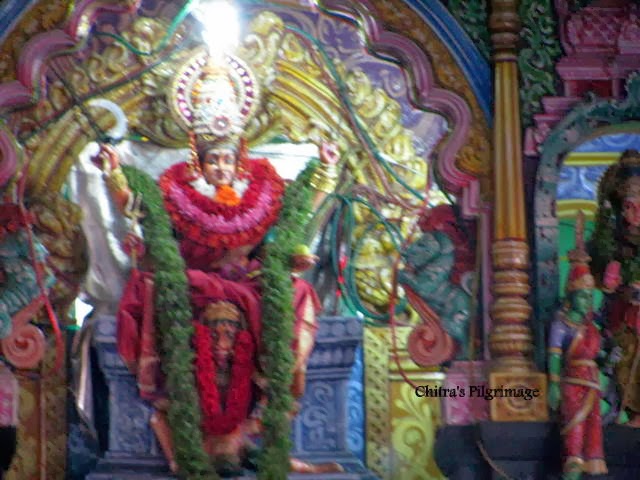 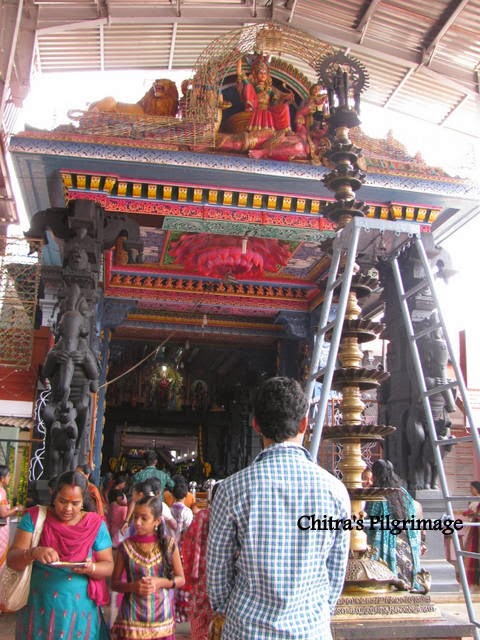 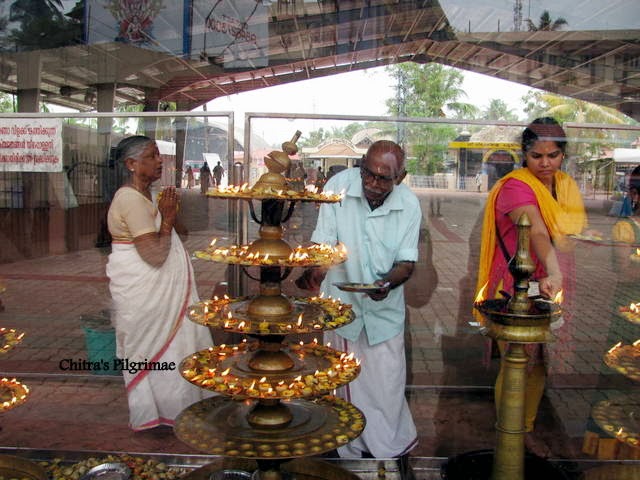 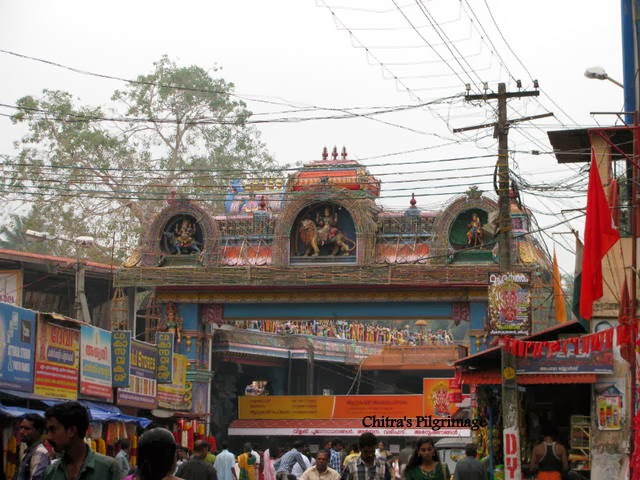 nice to see u writing again, chitra.. i remember visiting this temple on a visit to trivandrum a few years back...

Thanks Anu, I love to write and I am organizing my work now. Hope this spree continues.

Love this temple. so interesting.

Have heard so much about the temple and Ponkala but yet to visit it. Thanks for sharing this.

Nice post Chitra. Have been here before. The Pongala is exclusively for women and this pilgrimage by women is considered to be the equivalent of Sabarimalai for men.
As the Year is slowly drawing to a close let me wish you a Merry Christmas and a Very Happy & Prosperous New Year.

Thanks Frances, happy to see you here.:)

Ramakrishnan, thanks for the greetings. Wish you the same.

I have read about this temple.I was expecting at the end the long line of devotees cooking pongal in make shift stoves.
Happy new year with wishes for more pilgrimages to temples not visited by you!!

Looks as beautiful as always, and I loved reading the significance of the temple, never knew Sabrimala for women was also in existence. Many thanks for sharing this Chitra and it's so good to see you back, would surely love to visit it someday.

KP, the things I have never been there during Pongala ,watch it only on TV when there is a live telecast. I like to visit temples when there is no crowd.thanks for your lovely comment. Yes, a pilgrimage is in the offing.

Thanks for the wonderful info on this temple.

SG, thanks a lot.

Long time Shri..Happy to see you.

Nice readng about this temple. I uses to wonder as to why Kannagi is kept outside the Kodungallur temple. I shall be aiting for your post on Kodungallur Bhagavati.

I will be posting soon.PNS