Vaidheeswaran Koil is an important Sivasthalam. It is also one of the Navagraha sthalams which enshrines the planet Chevvai, (Mars)  This temple is  en route to Seerkazhi and Chidambaram (Posts in the offing) from Kumbakonam.

The presiding deity is known as Vaidheeswaran  as he is the Divine Healer. He had cured Chevvai when he was afflicted with leprosy. Lord Vaidheeswaran's  Consort is Thayal Nayaki, she  holds a medicinal oil pot in her hands. The Tiruchandu Urundai , the prasadam offered in the temple is considered to have tremendous healing capability and is a panacea for curing many ailments. Nettripadi chandanam ( the holy sandal paste) from Murugan temple is another prasadam with healing properties. There are separate  shrines for Vinayagar and Dandayudhapani and Lord Singaravelar ( Murugan ) here. Singaravelar sannidhi is like a separate temple inside the same complex as it has a separate dwajasthambha.  Devotees offer salt , pepper, jaggery to the presiding deity here.

Vaidheeshwaran koil is 15 Kms. from the town of Kumbhakonam and is easily accessible by  road.

How to reach
Nearest town is Kumbhakonam and is well connected by rail and road. Nearest airport is at Trichy which is nearly 100 Kms from the town. This town has good boarding and lodging facilities.
PHOTOS
https://photos.google.com/album/AF1QipPSKgwY7JZEuFRKghncVzlMG-kIlaLVs5wyM6BA 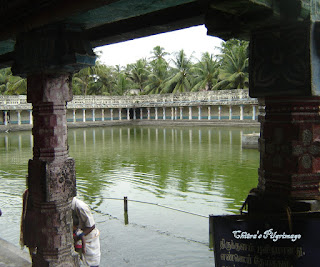 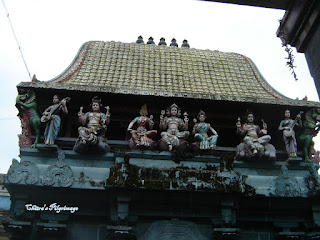 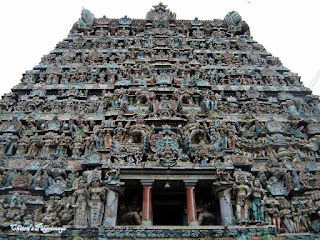 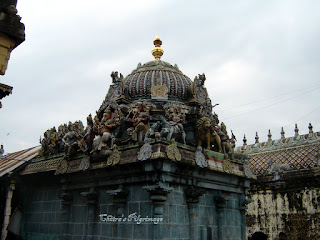 Great to read your posts.

Just a suggestion, when you take pictures, try to take some more close ups especially the artifacts that has a lot of detailed work. Thanks

A,
I welcome your suggestion.Shall do so. My zoom had a problem and missed out many close up shots:( .Now I have changed my camera.

Very unique Temple, never heard of it. Devotees offering salt and pepper is also something that I am hearing for the first time... Pics are also nice. Have a good day Chitra:)

A place of healing - Do devotees actually go into the water or do they simply offer gifts? Probably a stupid question, please excuse my ignorance, but I find this temple fascinating.

Arti, thanks . This temple is very famous in S.India.

PW,
Many devotees do take dip in holy tanks in many temples. Here I could see people spraying or splashing the holy water on their heads.After that they offer the gifts.I like your questions as I like to interact with my friends.

TGS, thank you so much.

Thanks for that Chitra.

Nice temple.. I have visited this too. Well covered..!

A lot of lovely pictures!

Pictures are great and the info about th templ as well. I know a temple in Kodungallur where turmeric as well as Pepper is offered. But Salt!.
I fear Chewai stands for Mars, the war lord. Kindly enlighten.

PNS, I made the mistake ...Mars is right. shall rectify ... .thanks for that.
Do you mean Kodungallor Bhagavathi temple? I have seen turmeric being offered there. I have seen many temples in S. Tamil nadu where salt is offered to Goddess.

Beautifully captured pictures...I had been to this temple 3 yrs back ...wonderful write up...U and ur family have a wonderful Diwali:)

Now I want to go here too .. ahhhhhhhhhh so many places so less time ....

Beautifully captured images...great place...thanks for sharing with us!

Sushma., thanks , Diwali greetings to you and your family too.

Bikram..So your list is lengthening...Keep some time for travel in India also.

yes, Have been here and experienced the vibes here.

people here offer salt and pepper to God as thanksgiving for curing their ailments.

Asha, Good to hear you have visited this temple. Then this post must have been a nice reminder for you.

Lovely and lively blog...keep it up!

That place looks fantastic
thanks for sharing
I love it :)

Hello Chitra,
Just came by to wish you and your family a very Happy Diwali and a Prosperous New Year :)

I am always amazed by the beauty of your pictures. You share so much of your country and yourself with us. Thanks, my friend!
:-)
Traci

Beautiful! Hope you had a fun filled Diwali my dear!
USMasala

Thank you dear friends for your diwali wishes.. Hope you all had wonderful diwali.I was travelling and just back home today..
Thanks to Ashok, Anya,. Traci, aipi, Arti

Thankyou chitra! Hope your Diwali was joyous too!

it seems like it has a beautiful positive energy!

hope you are doing great we will be waiting for the next post!

thanks Sree and OMD.

once again a wonderful journey......