This divyadesam of Lord Vishnu is situated in Tirukannapuram, a tiny village which is 35 Kms from the town of Mayiladuthurai in Nagapattinam district.
This is  a Krishnaranya kshetram.
This temple is known as Bhooloka Vaikuntam as it is mentioned by Tirumangai Alwar and there is no traditional Swarga vasal here.

Pongal is the  daily night offering to the  Lord here. As per  the legend,  a chieftain used  to partake food only after worshipping and offering same to the God . Once he lost all his wealth and as he did not pay taxes to the king he was arrested. Lord appeared to king in dream and asked to release his devotee. When he reached home his wife offered him Pongal. The chieftain known as Munayadharian worshipped God and offered the Pongal to Lord.

Next day the priest found some Pongal sticking to the mouth of the deity here. From that day Lord here is offered Pongal and the neivedhya is known as Munyadhariyan Pongal.

The Nithya Pushkarni in front of  the temple is holy Tirtha and pitru poojas are conducted here on new moon day.

Moolavar here is known as Neelamegha Perumal and  the Utsavar as Sowrirajan as He has long hair. There's an interesting story regarding this.You may check details here. Devotees can view this during procession on new moon days.

It is also said there is continuous vibration felt in the sanctum.  You may find details in the same link I shared above. 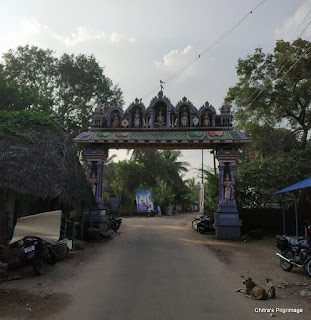 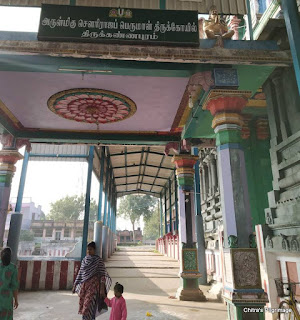 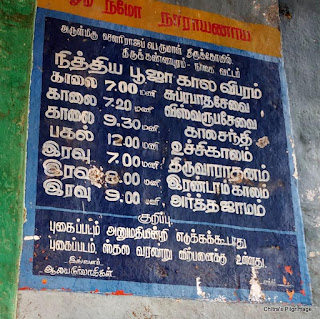 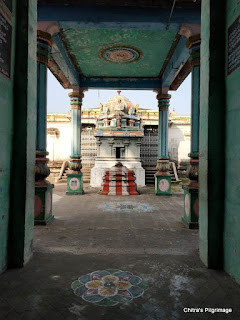 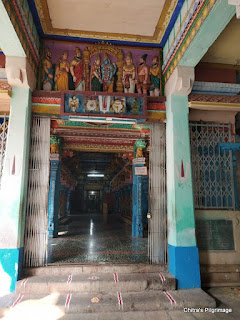 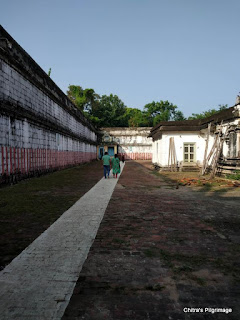 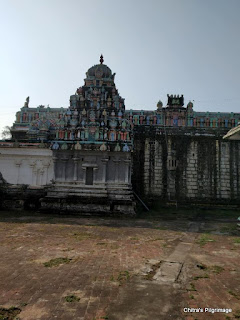 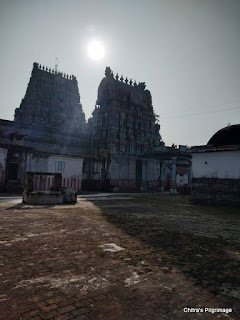 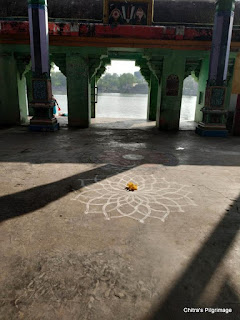 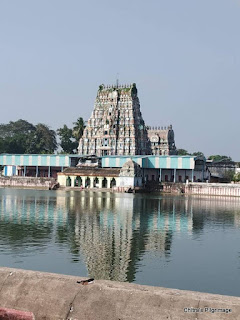 Thirumanacheri is a beautiful temple of Shiva and Parvati. This is a  padal petra sthalam
Lord Shiva married( Tirumanam) Parvati in this village ( cheri) which is situated 11 Kms from the  town of Mayiladuthurai.
There is a separate shrine for Shiva known here as Kalyanasundareshwar and Parvati as Kokilambal. They are in  Kalyanakolam. This temple has become famous for the marriage related poojas conducted here. Youngsters of marriageable age worship the God here for getting good match and is also visited by couples who have issues in their married life. 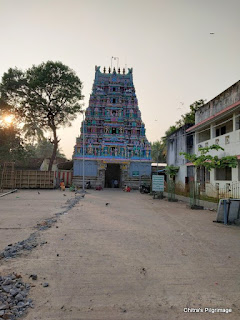 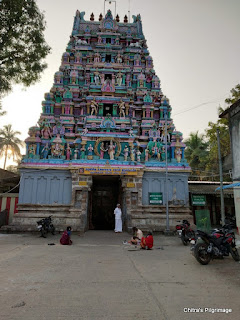 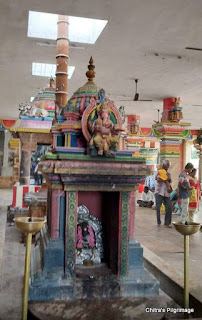 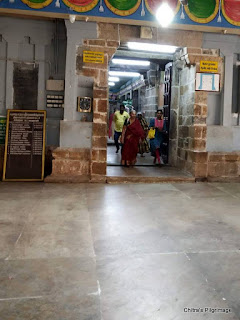 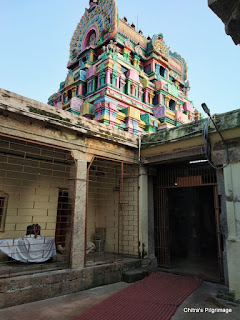 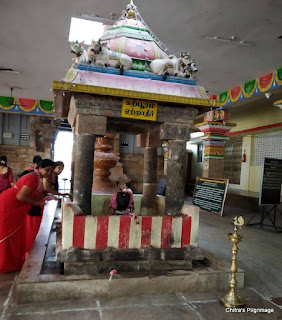