Kalayar Kovil, is  an ancient temple more than 1000 years old situated in a small village 16 Kms East of Sivaganga and about 63 Kilometers  from the temple city of  Madurai. This temple lies quite close to the temple of   Kannudeya Nayagi temple( 12Kms)

Once inside the village, what one comes across is a huge temple with multiple tiered  Gopurams standing side by side guarding the temple like a fort. There are  fantastic sculptures which would hold anyone  spell bound as it is difficult to believe that such a temple can exist in an obscure place. We came to know about the temple through local people as there was no information available about this temple on the net.

The deity here is Siva known as Swarna Kaleeswarar as well as Kalayar . The temple corridors are long and spacious  lined with granite pillars with finely chiselled work . The temple is designed well to let the sunshine inside and the Sun bathes the interiors with its golden rays. The corridors also opens into an  open courtyard halfway through and one can see temples lined here for  Gods and Goddesses. There is also a separate shrine for Siva's consort  Swarnavalli Amman.

The other major shrine inside the temple complex is that of Someshwarar (Siva)which is situated at an elevation. The Nandi here sits majestically on a tall pedestal and the Sahasra Lingam just outside this shrine is a splendid work of  fine carvings on granite.  (Sahasra Lingam is a Sivalingam with thousands of Sivalingams carved on it).

One can find Madurai Meenakshi Amman and Sundareshwarar shrines here and  I have observed that most  of the  Siva temples I have visited in last few years have all  Sivalingams of  famous temples in India, housed  under one roof like Ramanathar of Rameshwaram, Kalahastheeswar of Kalahasti, Kasi Viswanathar of Varanasi  etc. One would lose count of the Sivalingams lined up in a row around the temple. One can offer worship to all  these famous temples from  one single point . I feel this was done  with the idea  to facilitate pilgrims who cannot travel to distant places as travel was difficult and tedious in the days of yore.

How to reach- One can travel to Sivaganga either from Madurai or Trichy.
A few clicks!! 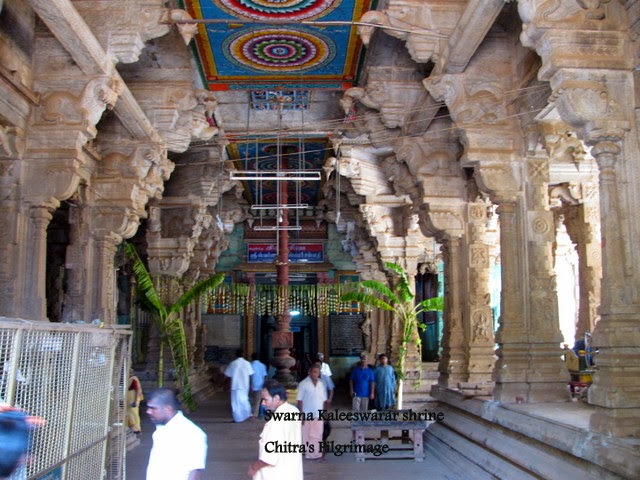 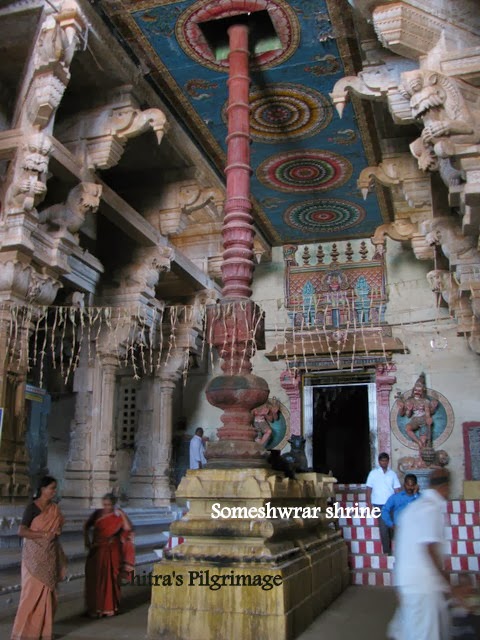 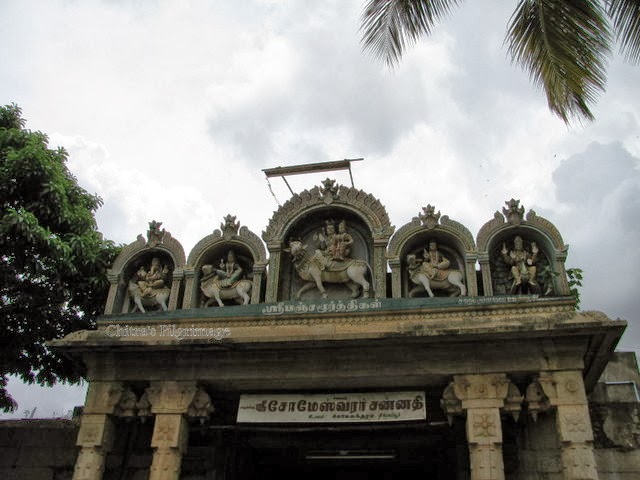 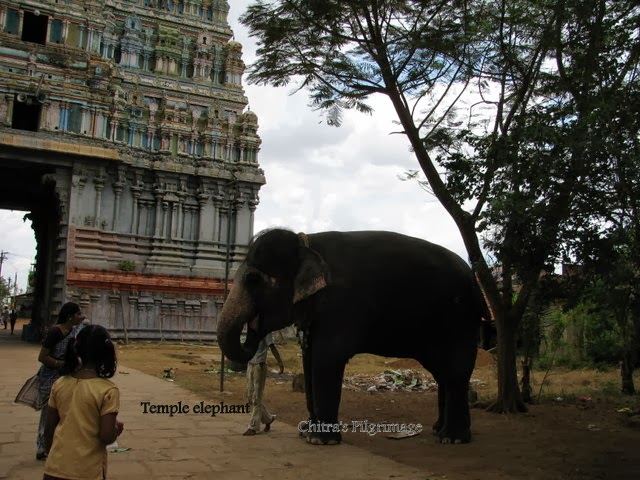 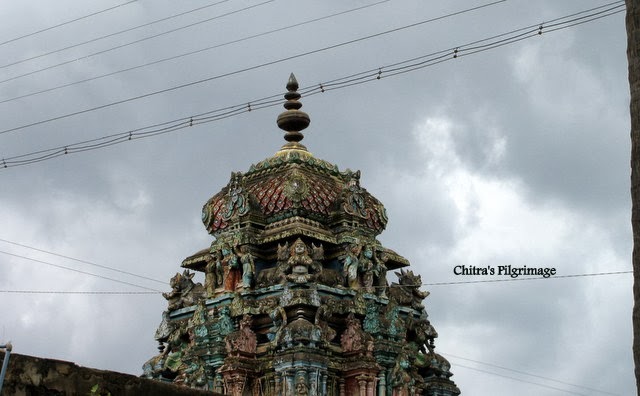 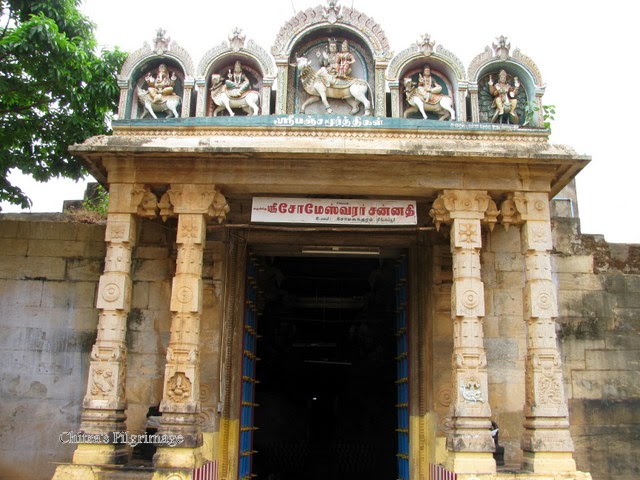 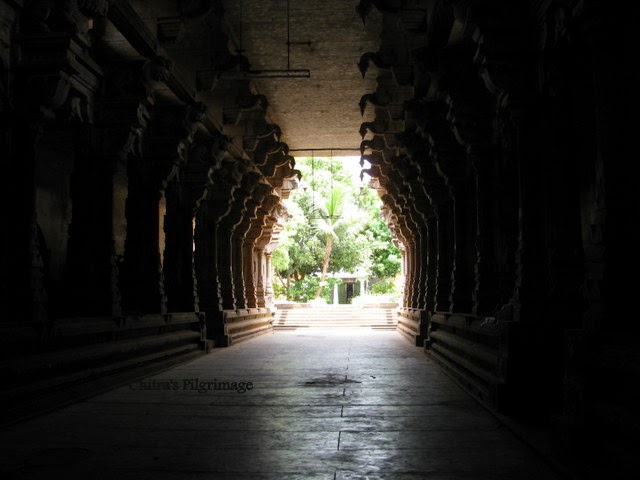 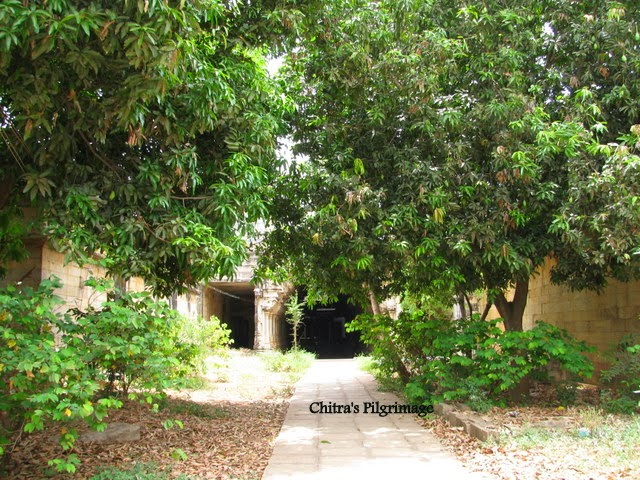 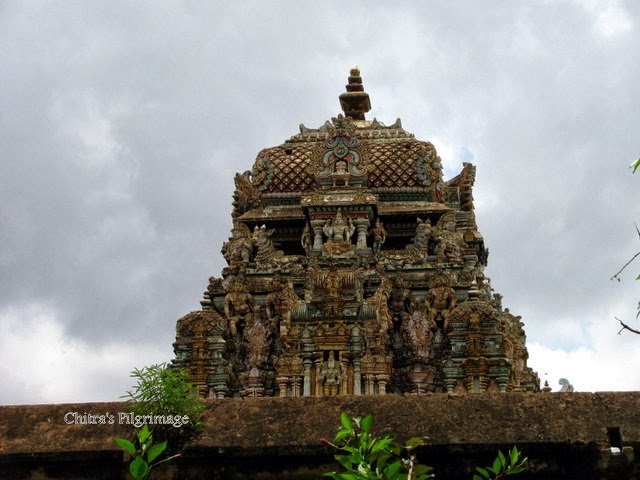 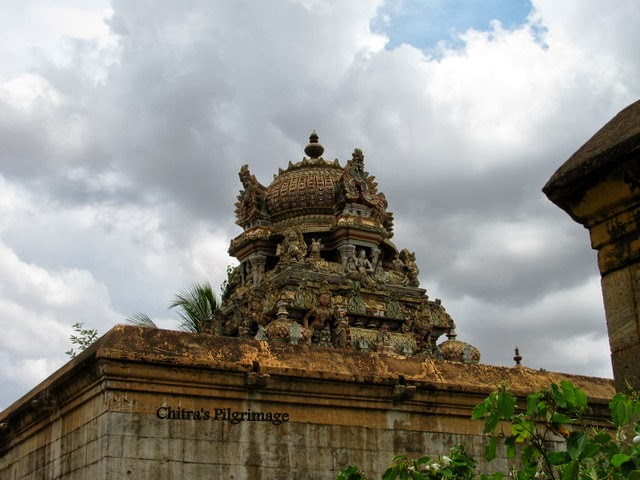 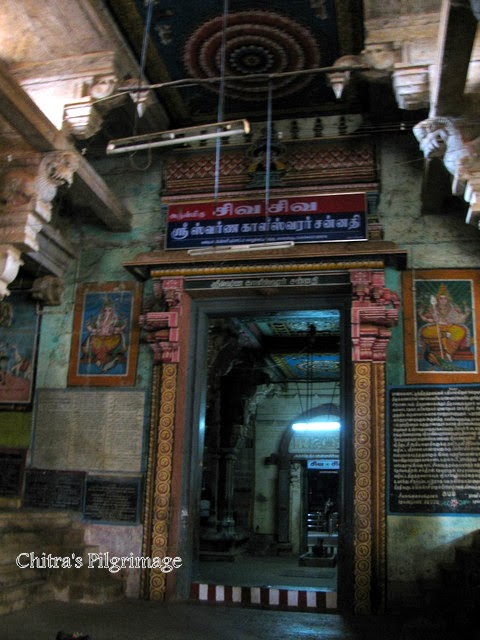 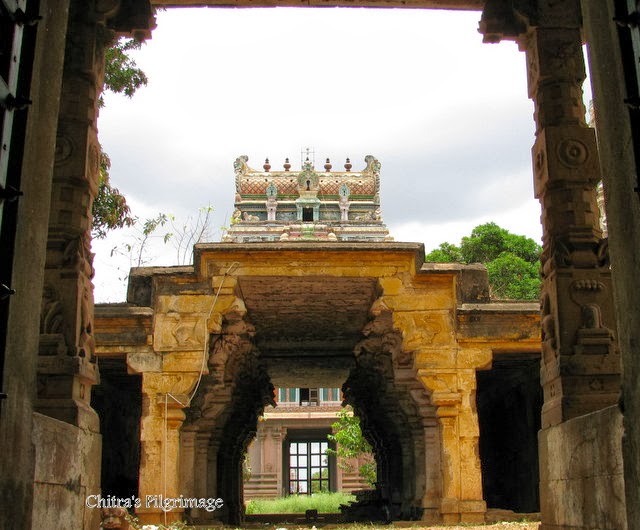 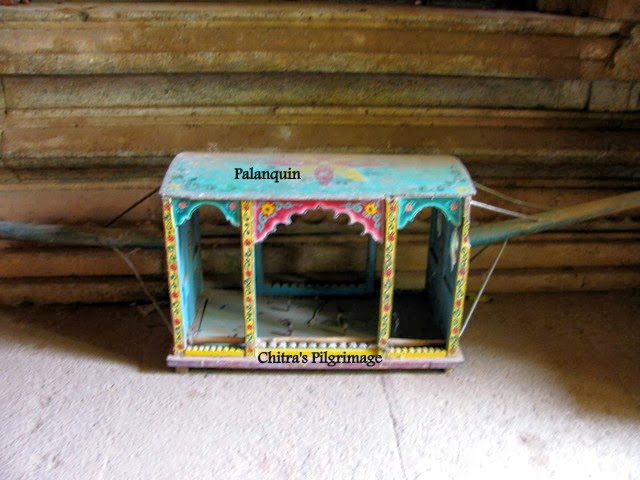 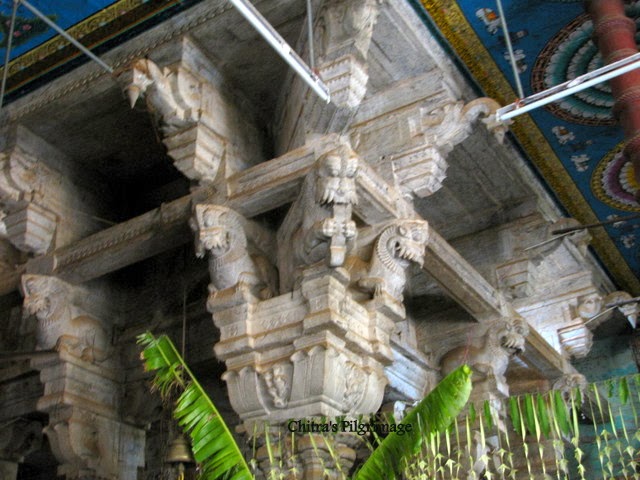 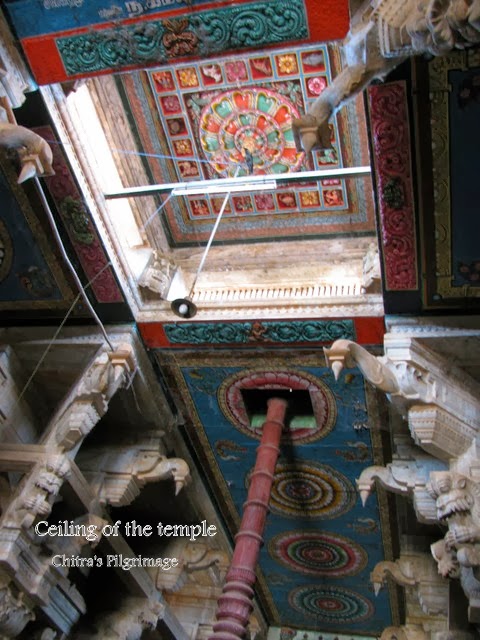 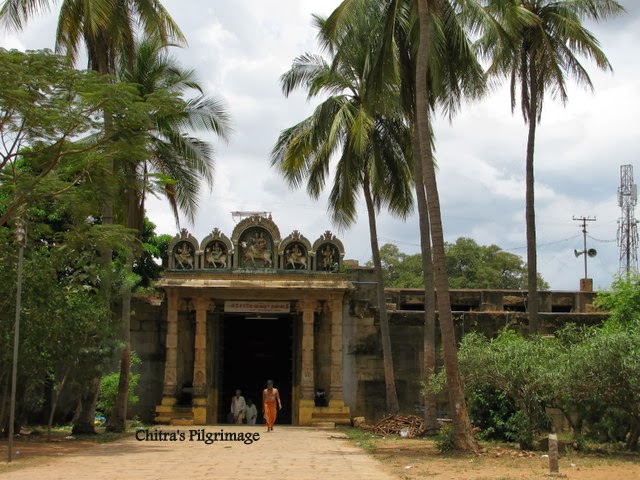 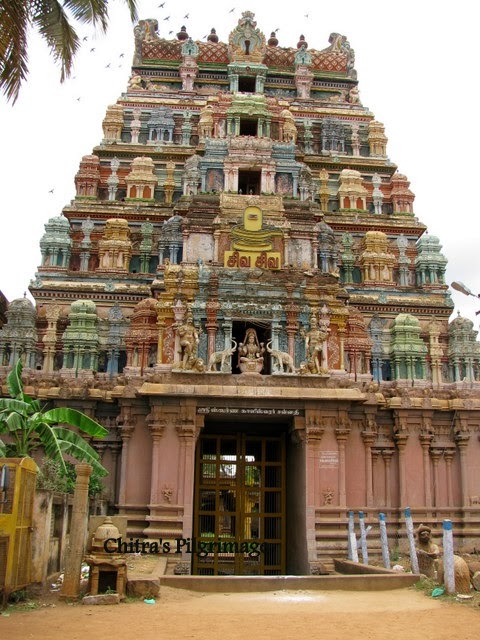 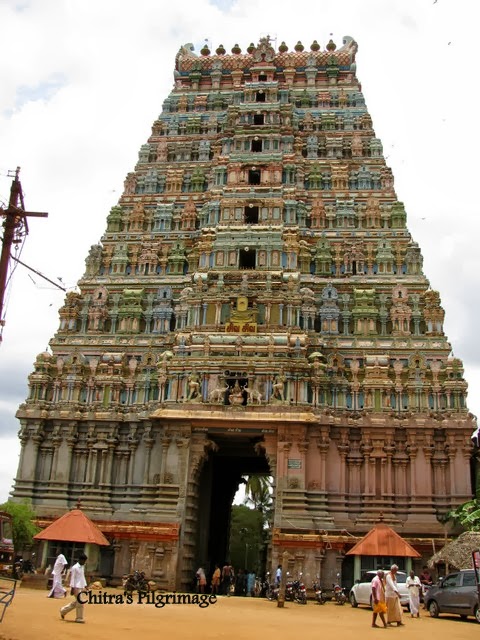 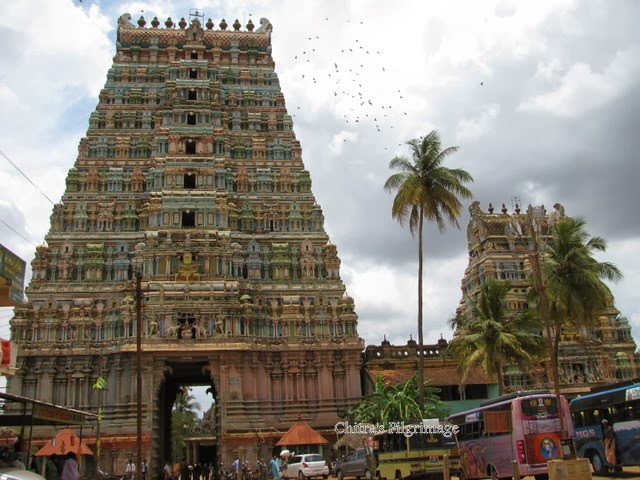 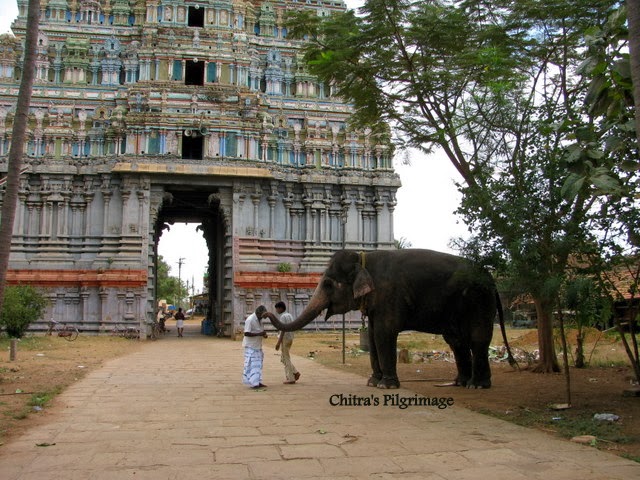