Mahalakshmi temple is situated in Mahadanapuram,23 Kms. from Karur town. This temple is in a remote  village and  very few vehicles ply on the road. The motorable road is well canopied on either side by coconut trees. when we  reached the  temple , it was closed  as the priest had taken French leave. But the kind lady sitting outside,  allowed us inside the temple and that helped me to get over the disappointment.

This temple is about 800 years old and this temple becomes a beehive of activity during the  Aadi  (Tamil calender month) festival. Devotees participate in a bizarre festival of breaking coconuts on their  heads in return for fulfillment of their wishes. The priest of the temple  breaks the coconut on the heads of devotees. This ritual has drawn a lot of  flak from many agencies but devotees in the name of faith   do not deter from this.

Check the video of the ritual .Click here. for the video

My clicks of the temple
https://photos.google.com/album/AF1QipMaSks_aX1MPg79fzdMZkH92YCal8ZaNXDF0r3u 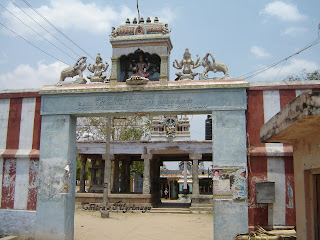 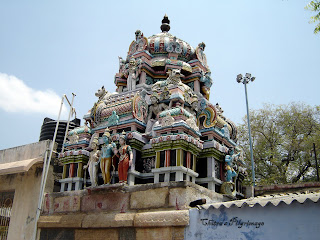 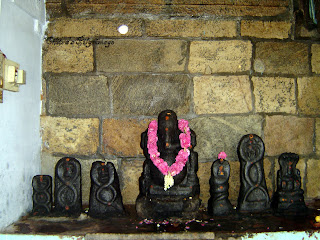 How to reach- Karur town is well connected by rail  and road, the nearest airport is at Trichy
Accommodation- There are good hotels in Karur town.
But one may have to hire a cab to reach this temple as it is in a very remote place.

8 th divya desam Of Vishnu
The temple is situated in a tiny village of Koviladi on the banks of river Kaveri. The Moolavar , in a reclining pose is known as Appa Kudathan and  here we find Markendaya muni near the Lord.  This temple is considered to be older than Srirangam temple.  There is a huge silver pot , the appa kudam  (A  sweet made of rice) near the Lord's right hand and it is believed to be full of appam as this Lord is fond of the same.

The Utsavar here is known as Azhagiya Manvalan , Namperumal and Appala Rangan.. He is flanked by Boodevi and Sree devi thayar.There is also a Santhana Gopala here and  the belief is that a childless couple would be blessed with progeny if they offer their worship to the Lord here.

Legend is  that a king was cursed by sage Dhurvasa when he accidently killed a Brahmin during a hunting expedition. To get liberation he was asked to feed 1000 hungry Brahmins. During the feast the Lord Srinivasa, disguised as a Brahmin consumed all the food meant for the 1000 people. Not satisfied with that, Lord asked the king to feed Him a pot of Appam ( sweet) The moment he ate the appam the king was liberated.  Since then he came to be called as Appa Kudathan and here for daily Pooja appam is offered to the Lord.

The temple was in a dilapidated stage when I visited and the renovation work was in progress. Very few people visit this temple  but the sanctum dazzles with all its brightness as it houses the Lord and his family.The priest Srinivasa Bhattar enthusiastically explained about the history and legend connected with the temple. As it is erroneously reported in many sites that the Lord is holding the appa kudam in his right hand. he specifically asked me to write clearly that the kudam is 2 feet away from the moolavar.
Kamalavalli thayar has a separate sannidhi here.
This is one of the  Pancha Ranga Kshetrams Others are  at Srirangam,  Kumbakonam,  Tiru Indalur in Tamilnadu and  Sri Ranga Patinam near Mysore in Karnataka

To reach Koviladi, one can take Tiruchi- Kallanai- Tirukattuppalli route. It's located 25 Kms east of Trichy.
Buses ply from Tiruchi central and Chathiram bus stand with a frequency of 1/2 hr,.
Cabs charge around Rs. 400 for the up and down trip from Trichi to Koviladi.
Accommodation - Good hotels are available in Trichy. 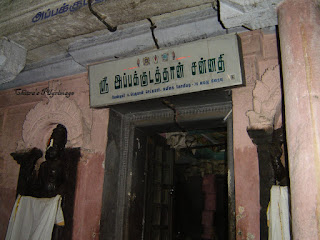 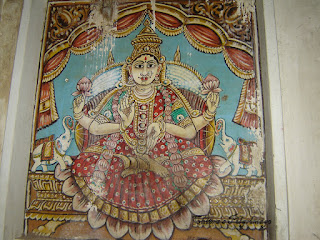 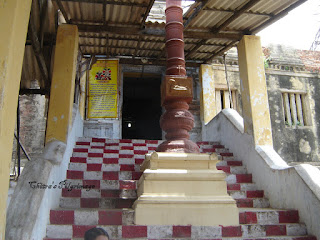 Parimala Ranganadhar Koil in  TiruIndalur is  one of the Pancha Ranga Kshetrams( temple) and is an important divyadesam of Vishnu.
The Utsavar here is known as Sugandha Nathar or  Parimala Nathar and his consort is Parimala Valli
There are seperate shrines for Suganda valli , Andal and Chakrathazhwar.
The pillars here are beautified with images from the epics Ramayana , Krishnavatara and Dashavatara.
This is the place where the Moon was liberated from curse by Lord Srinivsa, and here He is seen near the Lord. The temple sanctum is decked up well and the idol of Ranganathar is of bewitching beauty.

This temple is in Mayiladuthurai and is 35 Kms from Kumbakonam.
Other Pancha Ranga Kshetrams are in 1.SriRangam,2. ThiruKoviladi, 3.TiruKudanthai and 4.Srirangapattinam.

How to reach:  Nearest airport is Trichy and there is a rail station at Mayiladuthurai.
Many buses ply to this town from various parts of Tamil Nadu.
Accommodation- Good hotels are available in Mayiladuthurai. 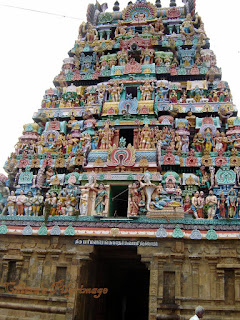 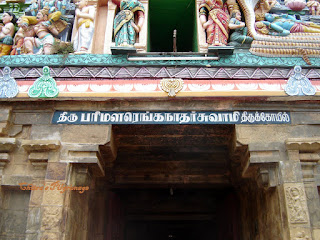 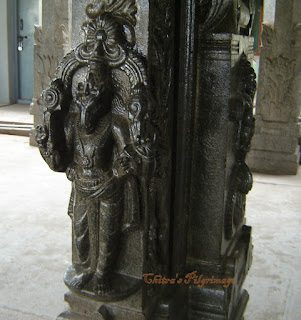