At Tiruvaali Lord Lakshmi  Narasimhar  blesses His devotees in a sitting posture ,Utsavar is Tirunagaralaan and His consort is also enshrined in  the same sanctum known as Poornavalli thaayar.
Thirumangai Azhwar's wife was brought up in Tiruvaali. 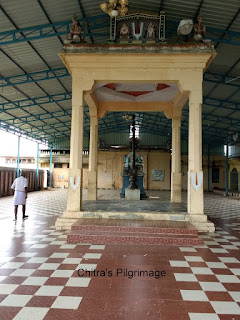 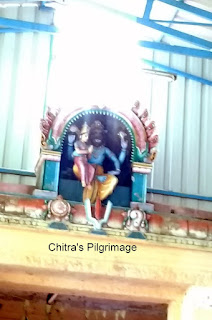 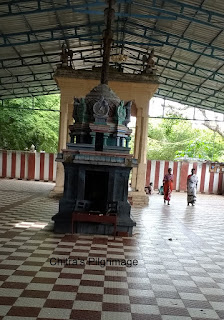 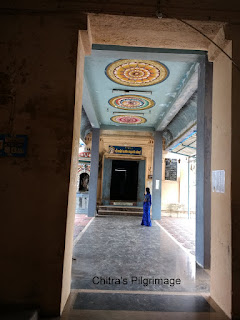 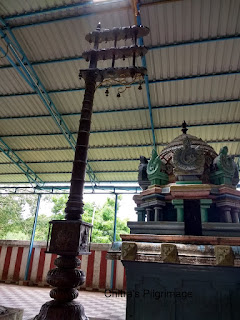 Tirunagari - Presiding deity is  Vedarajan Perumal in a sitting posture and Utsavar is Kalyana Ranganathar.
Thayar is enshrined in a separate shrine is known as Amrithavalli Thayar.
There are also shrines for Andal, Yoganarasimhar and Tirumangai Azhwar.
Tirunagari is the birth place of Tirumangai Azhwar and has a separate shrine here and  is seen holding a spear. Out of the five Narasimhar idols worshipped by Tirumamgai azhwar, two  are in this temple.

Legend- Once a dacoit tried to rob Perumal in Kalyana kolam. When he touched the God he got transformed as a great devotee of Lord. Since then he started praising Lord singing hymns which forms a great chunk of Naalariya Prabhandam. This story is enacted in this temple during Vedaraja festival. 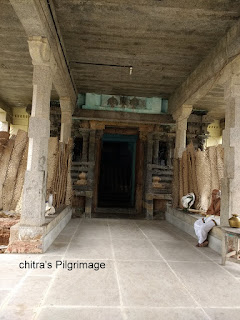 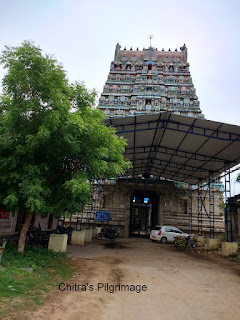 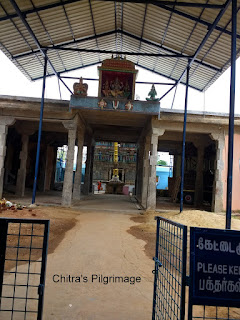 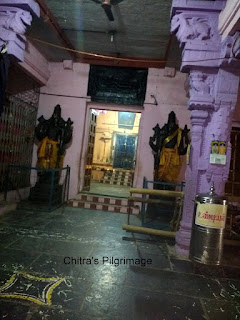 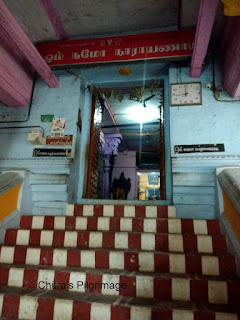 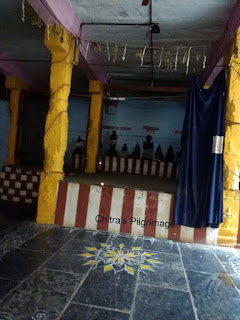 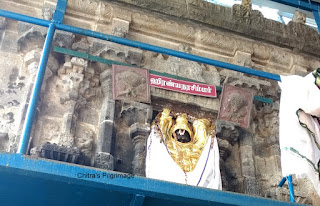 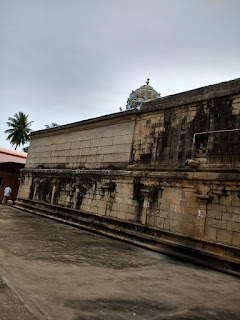 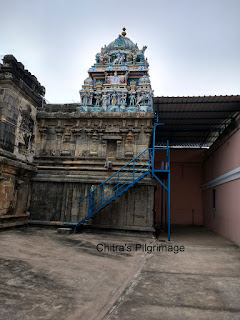 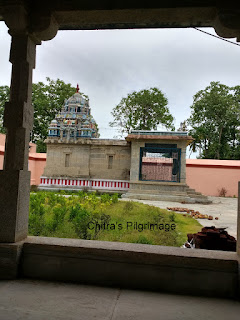