Lord Vishnu here, in this temple is  Deiva Nayaga Perumal in Nindra Kolam  and is flanked by Sreedevi and Boodevi.

Thayar , God's consort here has a separate shrine and is known as Deivanayagi.

The Utsavar here is Madhava Perumal and consort Madhava Nayagi.

All Gods gathered  here to pray Lord Vishnu, thus this  place came to be known as Devanar Thogai.

This temple located at Keezhchaalai is 6.5 Kms from seerkazhi and just 1 Km from Tiruvali.
Thirumangai Azhwar praised Lord here and it is sung daily by the priests here. 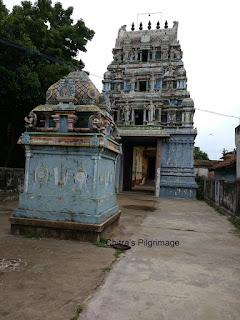 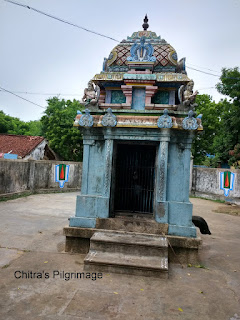 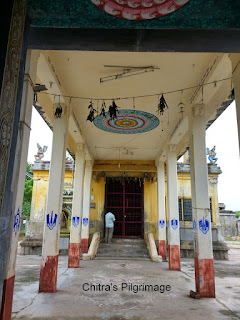 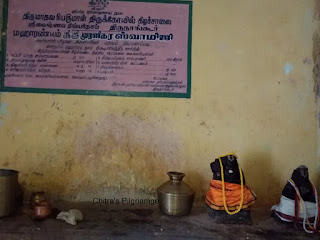 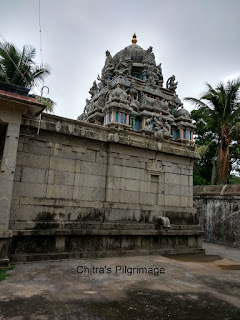 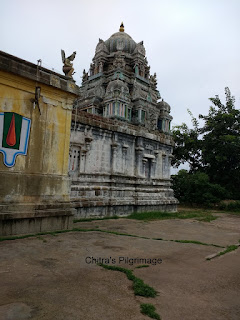 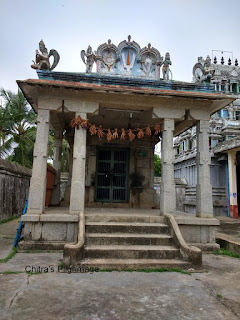 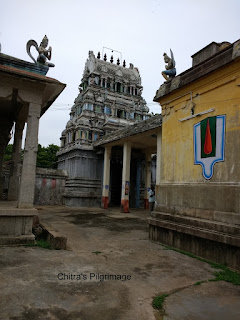 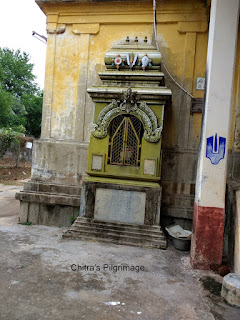 Posted by chitra at 7:01 PM No comments:

It is interesting to know the meaning of Tiruparthanpalli. Partha is Arjuna and Palli means school . So this place is called Arjuna's school, Parthan palli.

This temple legend is related to Mahabharata. As per the legend,when Arjuna one of the Panchapandava brothers  reached this place he was thirsty and there was no water around. Sage Agastya who was doing penance at that place asked him to invoke Lord Krishna . Lord appeared and  gave a  sword ( Khadga) to Arjuna with which he  dug up the ground to quench his thirst. This came to be known as Khadga pushkarini.
The painting on the ceilings depict the legend. I have included a few pictures.

Later Krishna as an elderly gentleman  appeared as Parthasarathy before Arjuna ,  guided and directed him  and transferred the pearls of wisdom. Thus it came to be known as Thiruparthanapalli.

Lord in the sanctum is flanked by his consorts Sreedevi and Bhoodevi .
A temple situated in calm and serene  village. 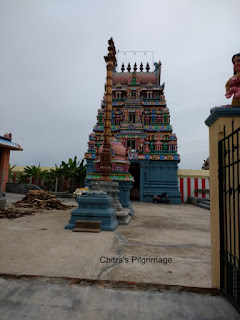 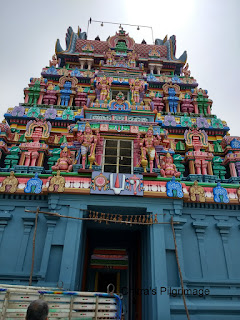 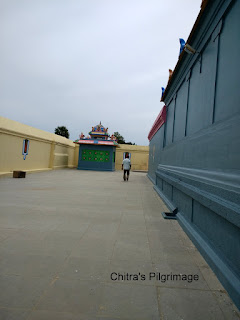 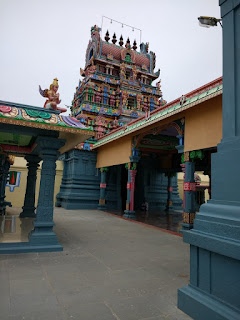 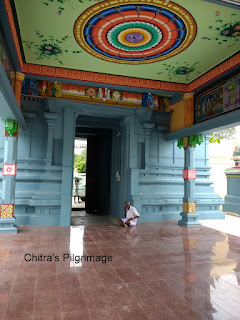 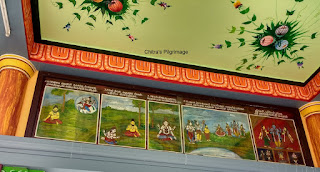 Posted by chitra at 6:23 PM No comments:

This temple is yet another Divyadesham of Vishnu. Lord here is known as Manikooda Nayagan.

The Utsavar is Gajendra Varadar and he graces the sanctum standing tall with his consorts  Boodevi and Sreedevi. Sreedevi is known as Tirumamagal Nachiyar.
Santana Gopala is yet another idol seen  resting under serpent Adisesha.

This temple is glorified in Divya Prabhandam by Tirumagai Azhwar.
Legend:
Chandra had incurred a curse and he got relieved from it when he worshipped the Lord Varadaraja here after bathing in the Pushkarini here. It is believed that Lord here wears Chandra as his ornament .

Tirumangai Azhwar praised Lord here along with Mahalakshmi as one with the Lord hence there is no separate shrine for Goddess here. 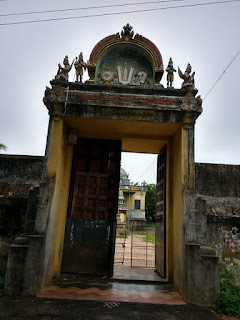 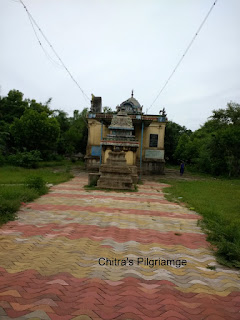 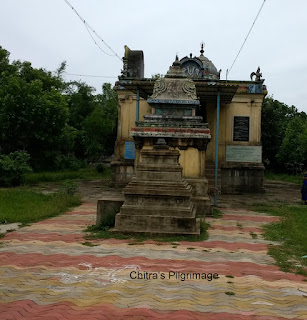 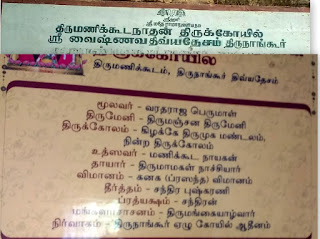 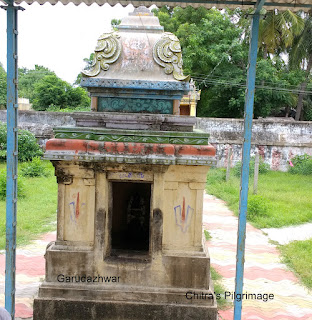 Posted by chitra at 8:14 PM No comments:

Located less than  ½ kilometer  East of Purushottamar Divya Desam is Sempon Sei Arangar Divya Desam in Thirunangur. Sempon Arangar is said to have come from Uraiyur. Hence the Lord here has 2 Goddesses Boo devi and Sreedevi  similar to Azhagiya Manavaalan of Uraiyur.
The story
After killing Ravana, Lord Rama is said to have stayed here for a few days. While here, he is said to have a made a golden cow and had given it to a Brahmin, who is said to have built this temple.
Once  a poor person worshipped Lord here by reciting the Thiru manthiram and Lord answered his prayers by blessing him with wealth. The belief here is that  one would recover his lost wealth, if one offers sincere prayers to Sempon Arangan. 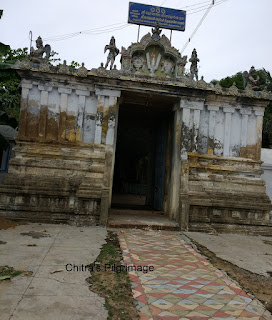 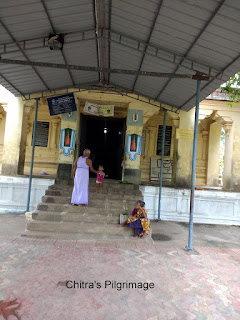 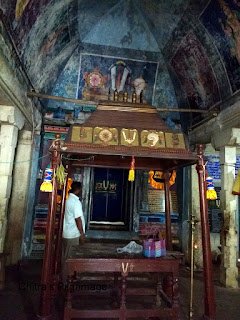 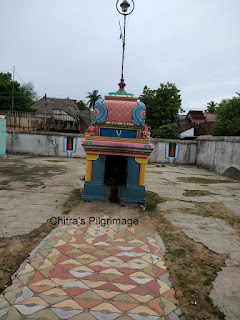 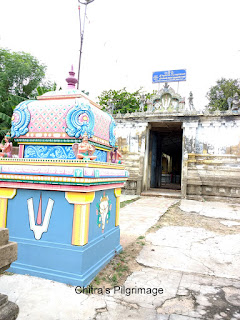 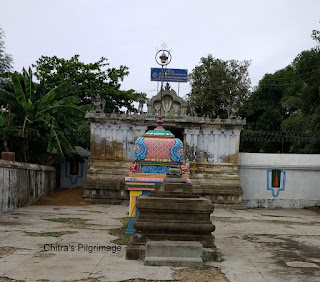 Posted by chitra at 6:23 PM No comments: